Why Now: Italian equities have sold off along with the broader market and in response to renewed concerns about the EU sovereign debt crisis. But Italy’s budget deficit pales in comparison to the shortfalls that Greece, Ireland and Portugal face. The Italian stock market offers exposure to conservative sectors and should rebound quickly as fears recede.

In Las Vegas for the MoneyShow, Elliott and Yiannis are enjoying lunch–and a view of the golf course–at the Wynn’s Country Club steakhouse. The two stock-pickers are ravenous after spending an hour talking with subscribers and signing copies of The Rise of the State: Profitable Investing and Geopolitics in the 21st Century.

Yiannis: You have to admit I’m the master of getting the best table in a restaurant. Look at that golf course.

Elliott: It’s a marvel. The grass is so green that you almost forget about the region’s water shortage. It’s been far too long since I hit the links.

Elliott: Are you sure? You might make some easy money. Last time I played, my vicious duck hook kept me in the rough for most of the day. And my putting was equally atrocious. We should play a round at the Army Navy Country Club when we get back to DC.

Yiannis: We’ll see. I prefer court tennis, especially with the recent heat wave. Give me a call whenever you want to lose some money at Prince’s Court.

The waiter interrupts the conversation to take the drink order.

Yiannis: Let’s get a bottle of champagne.

Elliott: Good call. We’ll take a bottle of the Veuve Clicquot Yellow Label. What do you want as an appetizer?

Yiannis: Champagne. Let’s take our time ordering the food. That book-signing session was crazy. Besides, aren’t you still recovering from the 20 pounds of seafood you ate last night at Bartolotta?

Elliott: Take our time? You’re not in Athens, man. We don’t have time for a six-hour lunch. If you want to hang out here all afternoon, that’s your business–and your bill. I’ll pick up where I left off last night and have the shrimp cocktail. I’ll also get the mozzarella and tomato salad.

Yiannis: In that case, I’ll have a caprese salad, too. Since you’re all about business today, let’s talk about this month’s Cocktail Stock.

Elliott: I’d like to hear more about the mystery technology stock you mentioned last week. That’s one of my favorite sectors in Personal Finance because companies have ramped up spending on IT solutions. And although you insist on clinging to your five-year-old ‘dumb phone,’ consumers are snapping up web-enabled smart phones. The tablet revolution is another trend that bears watching; demand for Apple’s (NSDQ: AAPL) iPad and iPad 2 has been impressive.

Yiannis: Always lecturing me. Can I talk about my idea now?

After the stock-pickers order their entrees and take a few sips of Champagne, the conversation returns to the June edition of Cocktail Stocks.

Yiannis: I’ve been checking out some names involved in cloud computing. I’m sure you know all about cloud computing, but I’ll run through the basics.

Elliott: Go for it. I’ll just sit here and enjoy the Champagne.

Yiannis: Right. Enterprises are seeking to reduce costs and improve efficiency by outsourcing aspects of their information-technology functions to the cloud, or a virtual pool of networked computer resources. This limits spending on expensive computing systems and storage resources. Rather than running applications or accessing databases that are stored locally, employees go to the cloud.

Adoption of cloud computing has accelerated, but this trend is still in its early stages. I see plenty of upside for my favorite pick.

Elliott: That was a decent summary. I’ve been monitoring five or six cloud computing names myself. Which one do you have in mind?

Yiannis: I’d rather not say. I like the cloud computing story, but I’m worried about timing: The stock market is ripe for a correction this summer. If the broader market gives up 10 percent this summer, volatile small-cap stocks like the one I’ve had my eye on will bear the brunt of the pullback. That’s not to suggest that I’m bearing on stocks; I expect the market to regain its upward momentum in the back half of the year.

Elliott nods his head in assent, but the arrival of the appetizers interrupts the conversation. After Yiannis devours his salad, he turns his attention to Elliott’s shrimp platter.

Elliott: You could have ordered your own shrimp cocktail.

Yiannis: The waiter put the shrimp cocktail in the middle of the table–it was fair game.

Elliott: Right. While you were gorging on my appetizer, I was thinking about your outlook for the stock market. I share your short-term concerns about equities. The recent spate of US economic data suggests that economic growth has slowed. A few weeks of elevated initial jobless claims and a sharp decline in April’s Non-Manufacturing Purchasing Managers Index have sent some investors scurrying to safe-haven plays. But concerns that the US economy will slip into another recession are overblown; the economy continues to grow, albeit at a modest pace. This slowdown is eerily similar to the soft patch that the economy hit last summer, and I expect the market to react in a similar fashion.

Elliott: Definitely. The fundamentals in the space are too strong to ignore.

Yiannis: I have the perfect pick for this volatile market: iShares MSCI Italy Index (NYSE: EWI). Concerns about the EU’s ongoing sovereign debt crisis have weighed on the Italian stock market, making it one of the best bargains in Europe.

Elliott: Investor sentiment might improve if your countrymen would stop burning stuff in the streets. Do me a favor and clear out the protestors before I arrive next month; I don’t want a bunch of angry Greeks to ruin my vacation.

Yiannis: I’ll see what I can do–perhaps I can talk them down.

Yiannis: Anyway, as I was saying, Italy is in much better shape than you might think. Although the ratio of Italy’s sovereign debt to its gross domestic product (GDP) is high relative to the core economies of Germany and France, the country runs one of the lowest budget deficits in the EU. The Berlusconi government has also enacted fiscal austerity measures that should reduce the deficit further and begin to pay down the debt. Plus, the Italian economy continues to grow.

Elliott: I’ve made a similar point in Personal Finance. Everyone focuses on Greece, Ireland and Portugal, but all three of these bailed-out economies have a combined GDP of USD800 billion–a fraction of Italy’s economy of more than USD2 trillion and Germany’s USD3.3 trillion economy.

Despite all the attention on Greece, your homeland makes only a minor contribution to the EU economy. Meanwhile, the market doesn’t appear worried about Italy’s ability to service its debt; credit default swaps to insure Italian government bonds against default have declined in price.

Also, too much is being made of Prime Minister Silvio Berlusconi’s recent legal issues–such scandals are par for the course in Italian politics.

The waiter arrives with the entrees: a steak salad for Elliott and charcoal-grilled sea bass for Yiannis. After the waiter informs him that the restaurant is out of Veuve Clicquot Yellow Label, Yiannis orders a bottle of Veuve Clicquot Dem-Sec to round out the meal.

Elliott: I’ve got one concern with the exchange-traded fund (ETF) that you picked. How healthy are the Italian banks? Financials are a big part of the Italian stock market and iShares MSCI Italy Index.

Yiannis: That’s true. The financial, energy and utilities sectors account for about 68 percent of the Italian market. The country’s banks are in good shape; the majority of their loans are covered by retail banking deposits–the safest and most stable source of funding available to a bank. I also don’t have any concerns about the utilities names in the ETF’s portfolio. What’s your take on Italy’s energy sector?

Elliott: Most of the country’s energy exposure would be through Eni (Italy: ENI, NYSE: E), an income-oriented pick in both The Energy Strategist and Personal Finance. The stock has pulled back a bit because oil prices have moderated. Lost production from the company’s Libyan operations also hasn’t helped.

Nevertheless, the company’s dividend and growth story appear intact. Eni boasts a geographically diverse business footprint that includes solid positions in Iraq and the Caspian Sea region–two exciting growth markets. This diversity limits the impact of the disruption to its business in Libya.

I also like Eni’s exposure to liquefied natural gas (LNG), a market that should continue to tighten as Germany winds down its nuclear power program and Continental demand for natural gas picks up. To top it off, Eni’s American depositary receipt boasts the highest dividend yield (almost 4.5 percent) of any integrated oil company in my coverage universe.

Elliott: I hate to admit this, but I like both of your ideas for the June issue. Your restaurant pick was also top-notch. The steak salad was a simple dish, but the meat was cooked perfectly. The last bottle of Champagne was a bit too sweet for my taste, but that’s probably because I started with a drier varietal.

Yiannis: I’m surprised the waiter didn’t offer to get a bottle of the yellow label from one of the hotel’s other restaurants. But that’s a minor quibble–the fish was delicious, and you couldn’t pick a better setting.

Elliott: True. As for June’s Cocktail Stock, we’ve got a few weeks before we publish the issue; let’s mull it over and make a final decision once we have more clarity on the US economy.

Elliott: I agree. The US economy has continued to soften, and the market is shaking out some of the weak hands. But the latest economic data points don’t indicate that the US is at risk of lapsing into a recession. The Non-Manufacturing Purchasing Managers Index even surprised to the upside in May. The recent pullback in the broader market likely represents another bout of profit-taking before institutional investors leave their trading desks for their summer holidays.

As with last summer, this temporary pullback marks an outstanding buying opportunity.

Yiannis: You’re right. Plus, we had some success late last year when we picked iShares MSCI France Index (NYSE: EWQ), a value play that returned 16 percent in only a few months.

Elliott: With European equities, you want to buy the dips and sell the big rallies. I’ve continued to monitor the market for credit default swaps on Italian sovereign debt, and the prices have declined close to their 2010 lows in recent weeks. This move suggests that the bond market isn’t overly worried about Italy’s fiscal health. When you Greeks put down your pitchforks and go on vacation in the holidays, stories about a potential sovereign default will also fade from the front page.

Yiannis: That settles it: iShares MSCI Italy Index is a buy up to 20. 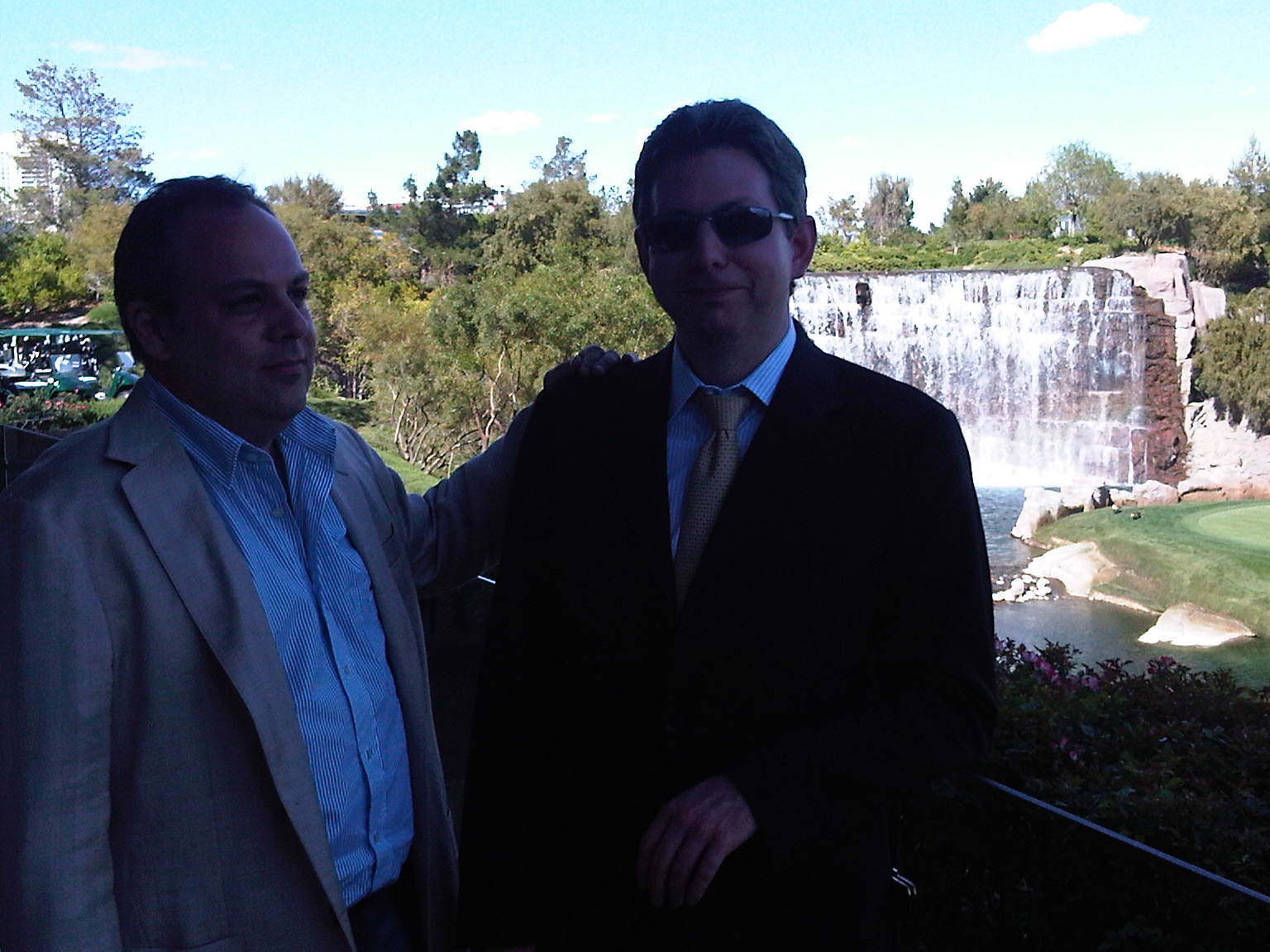 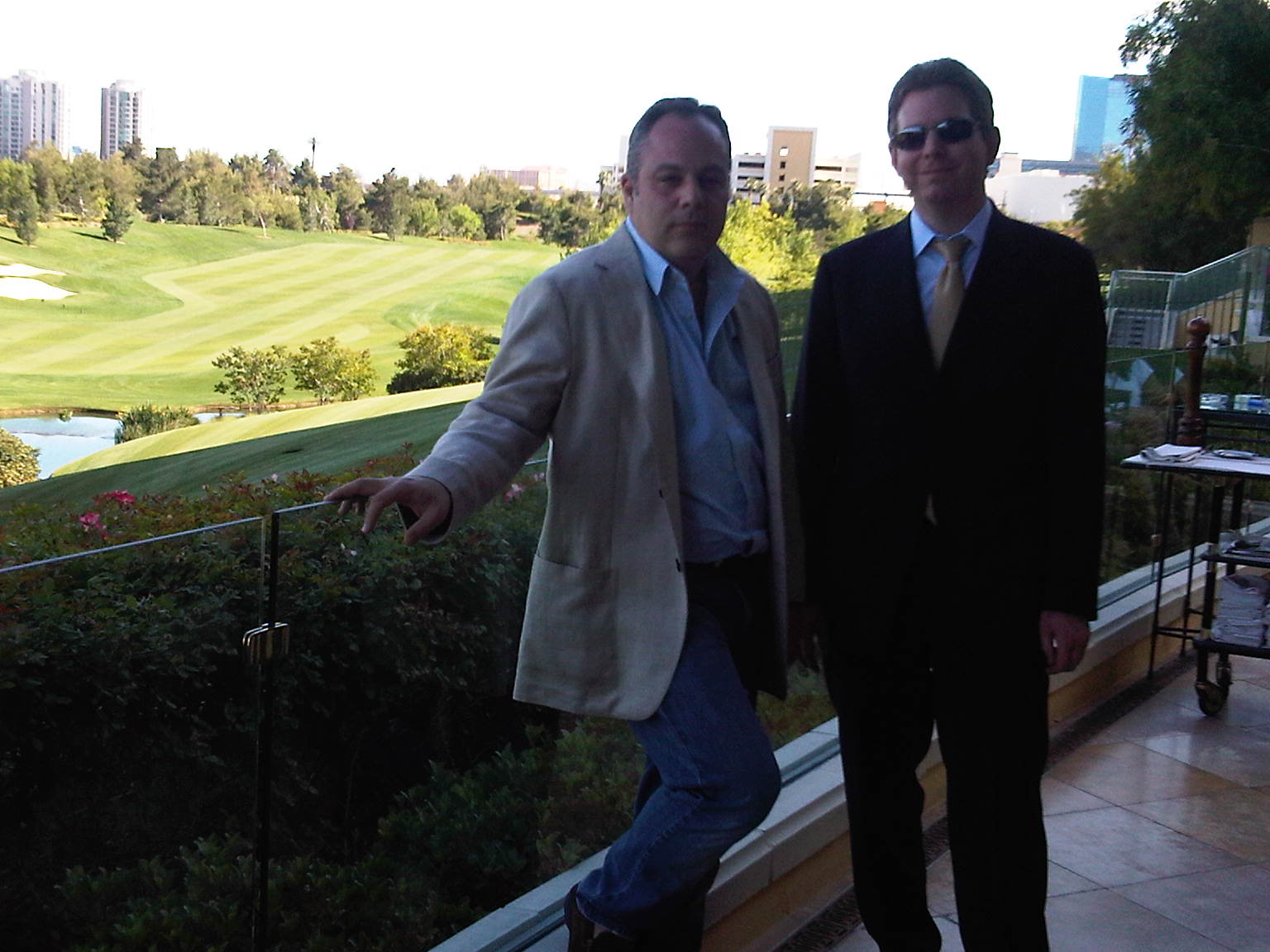 September 2010: Teekay Tankers (NYSE: TNK)–Buy < 13.50 — Shares of Teekay Tankers have pulled back in recent weeks because of concerns about depressed prices in the spot market. Although this is a concern for Frontline (NYSE: FRO) and other names that rely on the spot market, many of Teekay’s vessels are booked under long-term contracts. Once the market comes to grip with this nuance, the stock price should recover.