February is often considered the most depressing month of the year. The Christmas/New Year’s holiday season is over, the weather is cold, the sky is grey, and all of the optimistic resolutions for self-improvement you made at the start of the year have all been broken. It’s not called the February Funk for nothing.

Call me odd (go ahead, many people have) but I actually look forward to mid-February (45 days after the end of the calendar year to be exact) because that is the filing deadline for 5%-plus shareholders (Schedules 13G and 13D) to update the SEC on their stock holdings. The SEC filings of one fund manager I always look out for are those of Dimensional Fund Advisors (DFA). DFA is an enhanced indexer with Nobel Prize winners Myron Scholes and Robert Merton on their board of directors. The firm uses a three-factor quantitative model to pick stocks likely to outperform the general market: (1) value — low price-to-book ratios,  (2) small market capitalizations, and (3) volatility – high betas.

So when I saw a recent 13G filing from DFA revealing that it holds a 7.3% stake in the burger joint Steak n Shake (NYSE: SNS), I knew that the stock had passed one or more of its “out-performance” screens and was a good candidate for further research.

Restaurant Stocks are so so

Except for McDonald’s (NYSE: MCD), whose enormous economies of scale and geographic reach put it in a class by itself, I’ve never been a fan of restaurant stocks, let alone fast-food chains, because their profit margins are razor-thin and competition is fierce. There is no competitive advantage in providing food – restaurants are a luxury, not a necessity. We could all just buy food at a supermarket and be just fine.

Not Your Typical Food Company 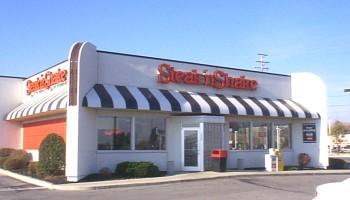 But Steak n Shake is not your run-of-the-mill fast food franchise. In fact, its CEO Sardar Biglari wants to diversify away from burgers and milkshakes and transform the company into an all-purpose investment vehicle similar to Warren Buffett’s Berkshire Hathaway (NYSE: BRK-A, BRK-B). Biglari, who lives in , is quite a character. The son of a former military officer in the Shah of Iran’s regime, Biglari is only 32 years old. He got his start establishing an Internet service provider, but had the smarts to sell out before the turn-of-the-century tech crash. He used the sales proceeds to start the Lion Fund in 2000, a Graham and Dodd-inspired, value-based hedge fund that invested in “old economy” stocks such as insurance companies and underperforming restaurant chains like Western Sizzlin (Nasdaq: WEST), Friendly Ice Cream, and Steak n Shake.

Although the Lion Fund’s returns are provided only to limited partners and are not publicly disclosed, based on local newspaper accounts the fund appears to have performed very well, returning 16.6% annually between 2000 and 2002 compared to a 14.6% annual decline by the S&P 500. Through 2009, the Fund has “beaten the stock market by a huge margin” according to Philip Cooley, an investor in the fund and a business professor who had Biglari as a student.

Biglari has made such impressive returns through shareholder activism. A typical pattern emerged: The Lion Fund would purchase a sizeable stake in a poorly-performing company, pressure management for board representation, Biglari would become chairman of the board, and then eventually oust management and become CEO. This is how he got control of Western Sizzlin in 2006. With control of a publicly-traded company, he would cut costs and use the company’s stock and increased cash flow to purchase stakes in other companies. Although he failed to take over Friendly’s, in 2007 he succeeded in getting it sold to a buyout firm at an 80% profit after having owned stock in the restaurant chain for only a year. Control of Steak n Shake followed in 2008 with Biglari assuming the Chairman title in June and the CEO title in August of that year.

This type of behavior seems more like corporate raider Carl Icahn than investment steward Warren Buffett. In July 2009, Steak n Shake was reorganized as a holding company and Biglari was given sole authority to “make investments of any lawful nature.” This past October the company announced that it had purchased 9.9% of an insurance company, (Other OTC: FMMH), and initiated a hostile takeover attempt of the entire company in December ( is resisting).

Like Buffett, Biglari realizes that insurance companies are among the best sources of investment cash because they get paid up front and only are required to pay out claims later, if ever. The time between receiving insurance premiums and paying out claims is called the “float.” This float is, in essence, an interest-free loan that can be used to make investments. What other business can do that? If doesn’t work out, rest assured Biglari will try again and again until he succeeds in taking control of an insurer.

Whatever you may think of Biglari’s methods, he gets results.  I’ve already mentioned his Lion Fund returns and the return on his Friendly Ice Cream investment, but he also has more than doubled his money in Western Sizzlin in four years. Operationally, Steak n Shake has seen vast improvement since Biglari took over. In 2009, free cash flow was higher than in any of the past 10 years and both customer traffic and same-store sales growth increased for the first time since 2005. Lastly, the restaurant chain is up 175% over the past year, four times the return on the S&P 500. 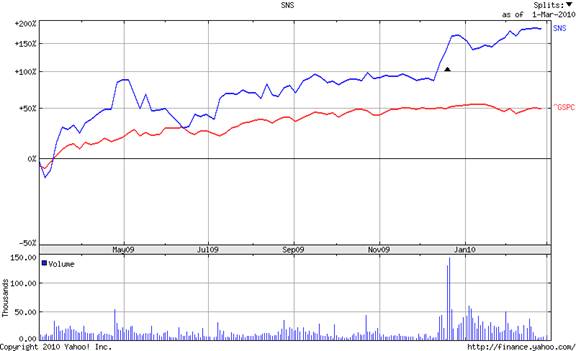 Too Pricey for an Upstart

Nevertheless, I’m not going to invest with the Buffett wannabe for a number of reasons. First is valuation. Price to book is a favorite metric for comparing investment holding companies and Steak n Shake does not look that cheap:

With a lot of proven performers on this list trading at lower multiples of book value, as well as less debt, than Steak n Shake, I just don’t see the urgency to invest with Mr. Biglari.

But beyond valuation concerns, I see some significant personality differences between Biglari and Buffett.  Buffett believes in friendly acquisitions of family-run businesses where management stays in place, in contrast to Biglari’s hostile raider-type takeovers.  Buffett doesn’t believe in stock splits (reverse or otherwise) and generated a high stock price for through sheer growth. In contrast, Biglari decided to create a high stock price through an artificial reverse split stock. Lastly, Buffett is a modest man who never felt the need to change the name of to “Buffett Holdings.”  In sum, Biglari seems a bit arrogant and narcissistic, which may be a symptom of his youth that will dissipate over time, but may not. Well-known emerging markets investor Mark Mobius of Franklin Templeton has stated that humility is one of the most important investment attributes:

Humility is needed so you are able and willing to ask questions. If you think you know all the answers you probably don’t even know the questions. As Sir John Templeton once said, “If we become increasingly humble about how little we know, we may be more eager to search.”

To conclude, I’ll keep an eye on Steak n Shake and Mr. Biglari’s personal development but nothing more for now. 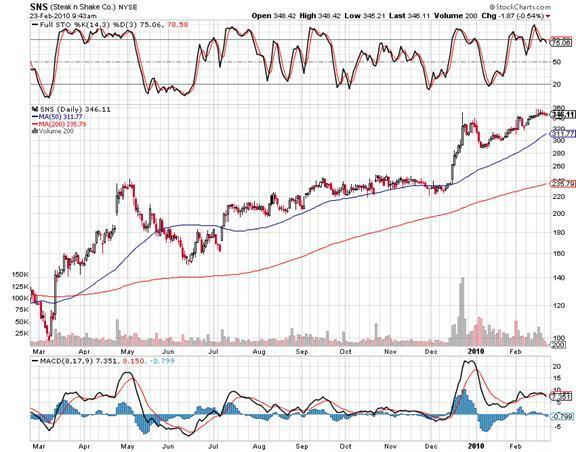 Want to own an investment holding company that has been vetted and recommended by our very own Elliott Gue, editor of Personal Finance? Check out which of the investment companies listed above Elliott has included in the Personal Finance Growth Portfolio (hint: it’s not Steak n Shake). Check it out today.