How To Use the P/E and PEG Ratio? (A Simple Guide)

PEG ratio (n.): A useful investing measure that sounds a lot more complicated than it really is.

Like a lot of investment lingo, PEG ratios can get lost in the alphabet soup, but it’s important to dig in and understand them.

They’re a way of evaluating a company’s risk — something you want to understand before you put your own money behind a stock, right?

Simply put, PEG ratios put a stock’s attractiveness in perspective by dividing a company’s price-to-earnings ratio (a common valuation measure, and the “PE” in PEG) by its projected future earnings growth rate (the “G”).

Want to learn more and dig into a few examples? 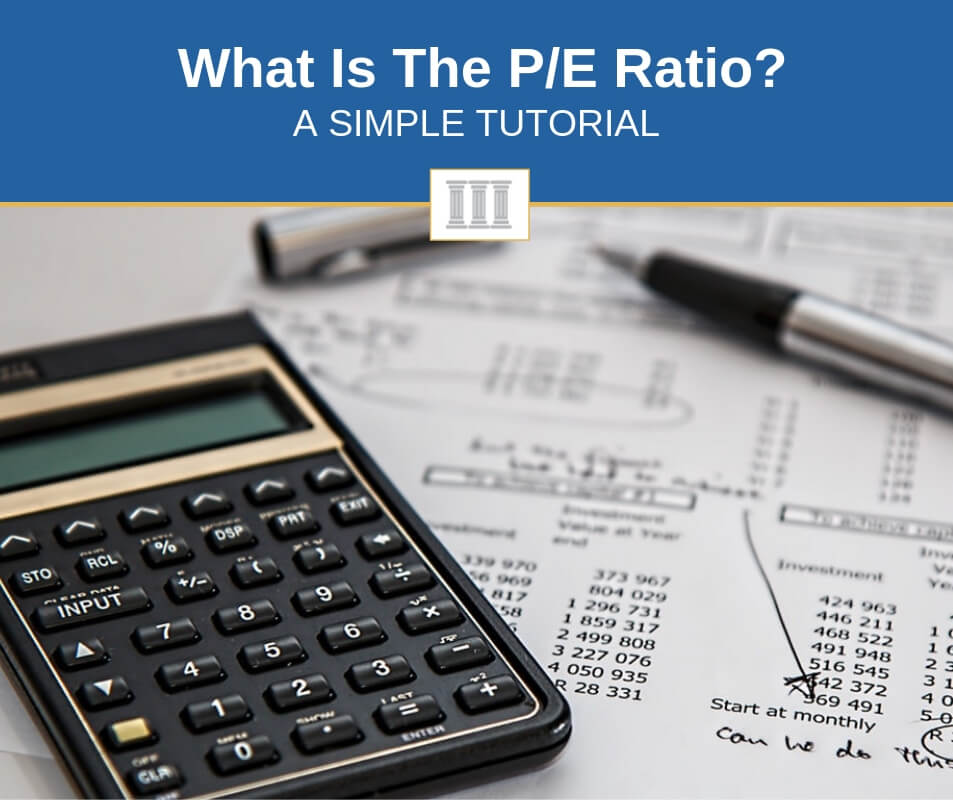 What Is The Price-To-Earnings Ratio?

The price-to-earnings ratio, or P/E ratio, is a method of valuing a company that measures its current share price relative to its per-share earnings. The P/E ratio can be calculated by taking the Market Value per Share / Earnings Per Share.

The P/E ratio is name-dropped all the time with no explanation as to what it really is. Think of it as a term of valuation — a price, if you will.

I know what you’re thinking: Isn’t the stock price the price?

With stock prices telling only a slice of the story, we need a more absolute measurement for value.

This is where the P/E ratio comes in: It prices a unit of value, namely earnings.

Say the pizza shop on the corner is selling its pies for $10. If some other guy with the same recipe is selling the same pizza for $9, you’d probably go there because you’re getting the same thing for less. The P/E ratio is similar in that it tells you the market price, per dollar, of a company’s earnings.

Earnings are a good unit of value because they are the profit of a company — money that presumably can be paid out to shareholders in the form of dividends in the future. If you can buy such “future dividends” cheaper at one company, why not do so?

So how do you know that a company will actually pay out its earnings as dividends in the future? You don’t, and that’s why you should reserve a portion of your investment portfolio for companies that pay good dividends today.

Here’s a quick video diving into a bit further.

Why Should You Use The P/E Ratio?

Wouldn’t you be willing to pay more for a dollar of Company A’s earnings this year if you expected to get much more in the following year?

Of course you would.

So before buying a stock, you need to look not only at its P/E ratio, but at its expected earnings growth rate as well.

This brings me to the PEG Ratio.

What Is The PEG Ratio?

Some people divide the P/E ratio by the expected growth rate number, which calculates the P/E per unit of expected earnings growth.

This brings us to the PEG ratio.

It can get complicated though, because the higher expected earnings growth of Company A could be based on an assumption that it will develop a cure for cancer, whereas the lower expected earnings growth of Company B could be based on its plans to add a few stores selling soap. A company curing cancer seems less likely and thus is a more risky bet than selling some soap, right?

In other words, comparing expected growth rates requires an evaluation of risk (i.e., the likelihood that the expected growth will actually materialize). Because of that, analysts must adjust a company’s PEG ratio for risk; we’ll save that advanced lesson for another day.

Looking At Risk Between Similar Businesses

Determining whether one stock is cheaper than another requires looking at future earnings, not just present ones, and gauging the likelihood that the expected future growth will actually occur.

The only way valuation makes sense — in particular, whether a stock is under- or overvalued — is if you are comparing the prices of similar companies facing similar business risks. Don’t forget to take business risk into account before making a judgment about a particular stock’s value.

To illustrate this concept, I utilized my trusty Bloomberg terminal to perform a screen of companies that appear overvalued with P/E ratios greater than 30, but whose estimated future growth rates are so high that their PEG ratios are below one, making them possibly undervalued.

Keep in mind that many of these are high-risk with uncertain future earnings growth rates: