But, as Elliott Gue of The Energy Strategist has repeatedly told his subscribers, alternative energy remains more expensive than traditional fossil fuels:

Falling behind in alternative-energy technology is a good thing. Alternative energies such as solar and wind power may be popular investment stories from time to time, but they’re hopelessly overhyped and overrated by politicians and investors alike.

In Canadian Wind Power is Blowing Strong, I provided the relative dollar cost per megawatt hour for different forms of energy and solar energy was — by far — the most expensive.

So, this past Monday (Apr. 11th), I was surprised to read that Google (NasdaqGS: GOOG) was investing $168 million in a solar energy power plant in California’s Mojave Desert. The plant is being developed by BrightSource Energy, a private California company that utilizes Israeli solar technology. Construction on the Ivanpah Solar Energy Generating System began in October 2010 and the system is expected to be fully operational by mid-2013. Once completed, it will generate 392 gross megawatts of power and be the largest solar thermal project in the world, nearly doubling the amount of commercial solar thermal electricity produced in the U.S. today.  In addition to Google, BrightSource has received $300 million in funding from NRG Energy (NYSE: NRG) and $1.6 billion in loan guarantees from the U.S. Department of Energy.

Google is an Energy Hog

The reason Google is focused on energy sources is clear: Google’s server farms consume vast quantities of energy. In Oregon Google is constructing a huge data center along the Columbia River which is composed of three 68,680 square-foot storage buildings full of computer servers. How many servers is a closely-guarded secret, but estimates run as high as one million with plans to increase capacity to 10 million. When completed this year, the Oregon data center is expected to consume 900,000 megawatt hours of electricity per year, enough to power 82,000 homes, or a city the size of Tacoma, Washington. This energy costs Google hundreds of millions of dollars per year and, interestingly, it costs more to power the servers than the computer hardware itself! In 2009, Google formed a subsidiary called Google Energy and in February 2010 received regulatory authorization from the Federal Energy Regulatory Commission (FERC) to buy and sell energy like a public utility.

Is Google Doing Evil to its Shareholders?

The question I must ask is why Google feels a need to invest in high-cost alternative energy when it could get its energy from relatively clean and cost-effective natural gas-powered plants? I realize that solar thermal power –especially the “power tower” design — is considerably more efficient in collecting and storing electricity than solar photovoltaic (PV) power – although there are some opposing views even on this – but no form of solar is cheaper than natural gas.

If I were a Google shareholder, I would be concerned that the company’s “do no evil” mantra is focused too much on the environment and not enough on shareholder returns. At a time when China’s Baidu (NasdaqGS: BIDU) is eating Google’s lunch, Google should spend more time on its core search business and less on these ancillary power ventures.

Invest in Alternative Energy with the Help of the Energy Strategist

But he is also a big bull on traditional energy companies, especially those leveraged to oil and natural gas. To find out the specific names of the stocks he likes best in the oil and natural gas space, give the Energy Strategist a try today! 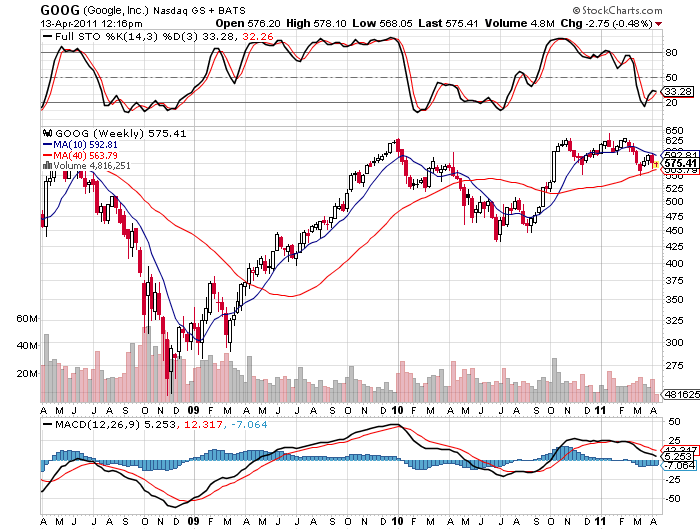