Fed Up With U.S. Markets? Give Europe a Try

The euro zone is the economic and monetary union of 19 of the 28 European states that have adopted the euro as their common currency. Collectively, the euro zone’s nominal gross domestic product (GDP) reached €10.7 (US$11.8) trillion in 2016, making it the second largest economy in the world if considered as a single country.

Okay, I posed a trick question. As a separate country, China still reigns as number two, with nominal GDP at US$11.3 trillion, behind the United States at US$18.5 trillion.

But my point remains: as U.S. markets subject investors to wild roller-coaster rides and China faces a mounting yet under-reported financial crisis, investors in search of growth alternatives should consider Europe.

Below, I highlight three outstanding European buys. Two are based in the region’s growth engine of Germany.

As the Trump regime’s chaotic governance whipsaws U.S. stock markets, now’s an opportune time to invest your money across “the pond.” Europe is shaking off several fears and offers well-timed buys for bargain hunters frustrated with volatility and nosebleed valuations in the U.S.

Europe overall still struggles with high unemployment, a migrant crisis, and terrorism threats. But the euro zone’s economy is expanding and political dangers are easing. Extremely low inflation and modest growth continue to pave the way for looser monetary policy, which is manna for stocks.

In the Netherlands in March, xenophobia in Europe failed its first test of 2017 when the far-right Freedom Party was resoundingly defeated in national elections. German Chancellor Angela Merkel faces improved electoral prospects in the federal vote scheduled for September 24. Meanwhile, Marine Le Pen’s anti-EU National Front is headed for almost certain defeat in France’s presidential run-off on May 7 (although a Trumpian upset always is possible). These political developments are cheering investors concerned about the emergence of pan-European right-wing populism which would fracture the EU and unsettle markets.

To be sure, certain sectors in Britain are about to bear the brunt of Brexit. In particular, London could lose its status as the financial trading center of Europe. However, as London and Brussels hammer out divorce terms and the framework for a new UK-EU trade deal, chances are that European multinationals will emerge just fine. Despite Britain’s exit from the EU, the show must go on.

European blue chips as a whole are undervalued right now. And yet, the EU is home to several of the world’s biggest, best-known international corporations. They’re superbly managed, sport solid balance sheets, and make renowned brand names that are beloved and trusted in America and around the world.

Daimler: in the fast lane… 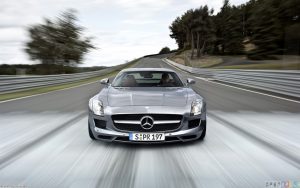 A good bet right now on the Continent is Germany-based Daimler AG (OTC: DDAIF), a producer of luxury cars and the world’s largest manufacturer of commercial vehicles, under the Mercedes-Benz, Daimler and other storied names. Daimler’s automotive products boast some of the most respected and coveted logos on the planet.

When forging your long-term wealth building strategy, you should look for companies that possess global, easily recognizable franchises. Daimler epitomizes this criterion.

As U.S.-based stocks appear poised for a correction in 2017, Daimler enjoys several tailwinds. Notably, Daimler recently announced that it intends to re-enter Iran, to meet the huge demand for commercial vehicles (mostly trucks) in that vast market, now that nuclear sanctions have been lifted on the Islamic state.

With a market cap of $77.11 billion and an entrenched European presence, Daimler also has benefited from rival Volkswagen’s (OTC: VLKAY) humiliating emissions cheating scandal. Sales of motor vehicles are picking up on the Continent and consumers are feeling better about their prospects.

On April 26, Daimler reported first-quarter fiscal 2017 operating results that bode well for this German juggernaut. The company’s unit sales of 754,300 vehicles in the quarter were 10% higher than the same period a year ago. Revenue reached €38.8 billion, a year-over-year increase of 11%, and group EBITDA of €4 billion was a whopping 87% above the same year-ago level. Earnings doubled to €2.8 billion. 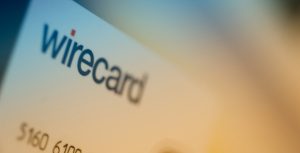 Wirecard last year fell victim to a short-sell attack launched by certain U.S. hedge funds. Based on dubious research, the campaign reaped quick profits for short sellers. Now with the incident in the rear view mirror, several reputable analysts who cover the company have issued buy ratings for the stock.

In fiscal 2016, Wirecard posted year-over-year growth of 30.2% in trading volume, 20.6% in revenue, and 27.1% in EBITDA. The company has positioned itself for long-term upward momentum via its strategic acquisitions in emerging markets, particularly Asia-Pacific and Africa.

Goldman Sachs (NYSE: GS) points to Wirecard’s strong organic growth and has issued a “buy” rating for the stock. Wirecard’s share price now hovers at €54; Goldman’s 12-month price target for the stock is €64, for an implied gain of roughly 19%. 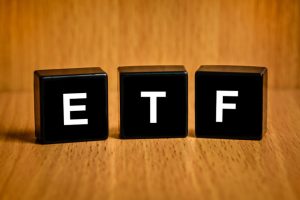 Easier and more convenient plays on European recovery are exchange-traded funds (ETFs). The most popular and safest also is considered the benchmark: the SPDR EURO STOXX 50 ETF (NYSE: FEZ).

With net assets of $2.78 billion and a low expense ratio of 0.29%, FEZ invests in the stocks of the largest companies across components of the 19 EURO STOXX “Supersector Indexes.”

If you’re tired of getting battered by Wall Street turbulence and you’re in search of reliable growth stocks, don’t be parochial. Look to Europe.

Got any questions or comments? Send me an email: mailbag@investingdaily.com — John Persinos