Publix Stock Prediction In 2019 (Should You Buy or Avoid?)

So you’re probably wondering: why am I writing today about investing in a company that isn’t publicly traded?

What makes this company worth talking about?

It’s because Publix is a widely respected, much-discussed company that could very well go public in 2019. Rumors continually swirl on Wall Street that Publix might soon launch an initial public offering (IPO).

The ancient Chinese philosopher Sun Tzu wrote: “Every battle is won before it’s ever fought.” This article is designed to prepare you for the day when Publix might go public. If the company makes the leap, should you buy? 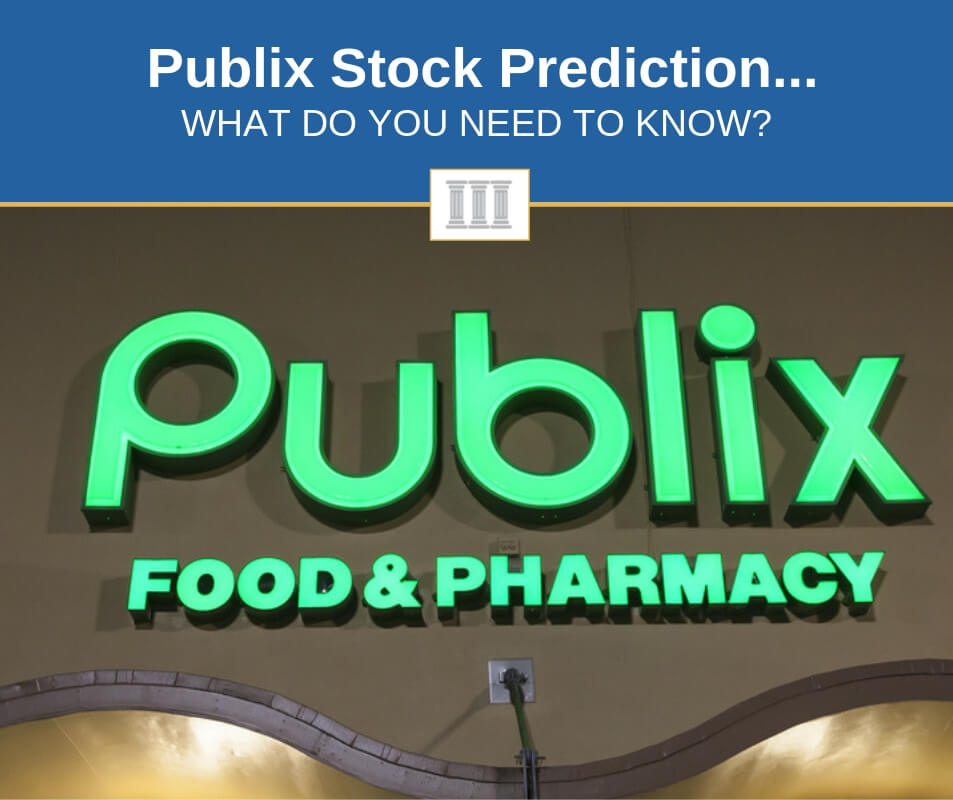 Publix Super Markets, aka Publix, is an employee-owned, U.S. supermarket chain based in Lakeland, Florida. If you don’t live in the Southeast, you might not be familiar with the name, but Publix is a widely known and trusted brand throughout the region.

Founded in 1930 by George Jenkins, Publix is a private corporation that is wholly owned by members of the Jenkins family and present and past employees. The company operates 1,112 locations with more than 175,000 employees.

Publix stores can be found in Florida, Georgia, Alabama, Tennessee, South Carolina, North Carolina and Virginia. But don’t look for Publix common stock on Bloomberg or Yahoo Finance; the company doesn’t have a ticker symbol.

The company is employee-owned through its Employee Stock Ownership Plan (ESOP). The National Center for Employee Ownership reports that Publix is by far the country’s largest majority employee-owned company. Employees and board members are eligible to purchase Publix stock during designated offering periods. 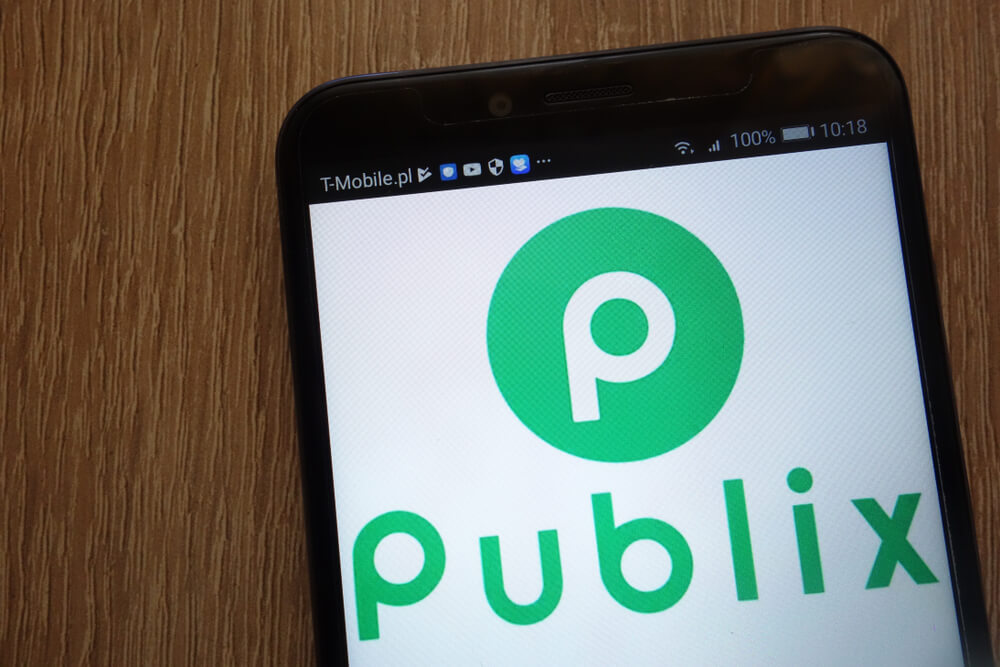 How Has Publix Stock Performed? 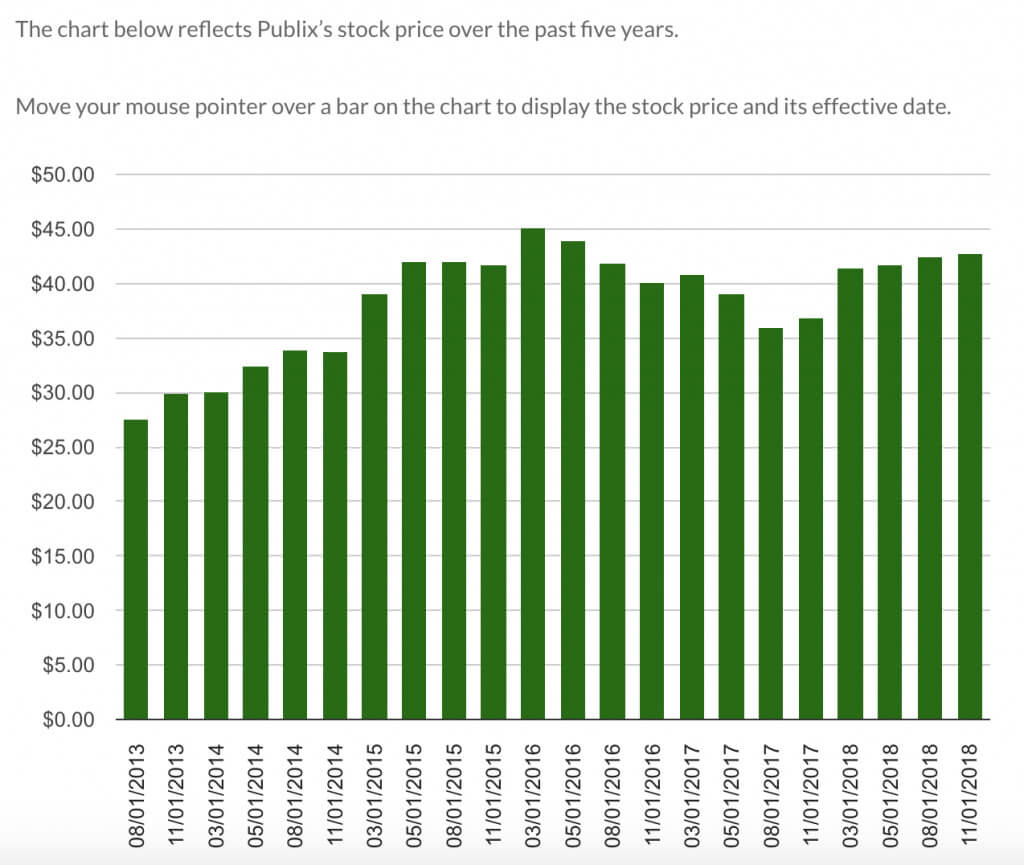 What Is Publix Stock History?

Publix CEO Ed Crenshaw, the grandson of founder George Jenkins and the fourth family member to run the company, holds a 1.1% stake in Publix worth

$230 million. His entire family holds 20%, worth $4.2 billion. However, the employees (and former employees) are the controlling shareholders, with an 80% stake, worth $16.6 billion.

Publix stock has risen over the long haul, proving itself largely immune to economic cycles and other trends such as interest rates fluctuations and bull or bear phases. The share price has climbed from the low $20s in late 2012 to more than $42 at its latest valuation date. Over the years, Publix also has initiated several stock splits.

That’s all great news for Publix employees who own the stock, but it’s frustrating news for outsiders who are salivating for a piece of the action.

Throughout 2017, the stock maintained its dividend (see chart):

Who Are Publix Rivals?

Kroger is the largest supermarket chain in the U.S. by revenue, the second-largest general retailer, behind Walmart (NYSE: WMT), and the third-largest retailer in the world.

Kroger-branded grocery stores are located in the Midwest and Publix’s home base of the South.

Kroger’s corporate brands of food products are a crucial differentiation against rivals. These brands, which include Simple Truth, HemisFares and Private Selection, are fast-growing in popularity and they’re positioned to provide future growth on the company’s top and bottom lines.

Target has revamped its stores and beefed up its e-commerce presence, to better compete against Amazon (NSDQ: AMZN) and Walmart. The new stores feature a separate entrance just for customers who are coming in to grab groceries.

Shoppers who have come to browse will enter another entrance that will lead them past new branded “boutiques” intended to mimic specialty stores.

Target has introduced a slew of other improvements and new food products, which have driven sales and profits higher.

The retailer gets more of its income from selling memberships than from sales at the checkout counter. As such, it is less vulnerable to the ups and downs of the retail economy than some of its key competitors, such as Walmart and Target.

Due to changing consumer tastes, Costco adopted for sale a large variety of organics, transforming itself into a “health food superstore” to challenge Amazon’s Whole Foods.

At number 88 on the 2018 Fortune 500 list, Publix is a powerful force in American retailing. Employee ownership has been a key to is lasting strength.

This video fleshes out Publix’s status as the largest employee-owned company in the United States:

Publix is more profitable than any of the aforementioned rivals. Publix has succeeded by keeping a tight lid on costs and emphasizing customer service. The importance of pleasing the customer is drilled into every employee, to encourage shoppers to develop an abiding loyalty to the brand name.

Stock-owning employees are incentivized to make the store an enticing retail experience; it’s also in their financial interest to perform to the maximum of their productivity.

These factors bode well for a potential public offering of Publix stock.

If Publix Goes Public Will it Go Down In 2019 (Should You Avoid It)?

One of the reasons for Publix’s long history of success is the company’s freedom from Wall Street. As super investor Warren Buffet recently lamented in an opinion article, the investment community is plagued by short-term thinking. Public companies are notoriously fixated on quarterly results and overly optimistic earnings guidance.

If Publix were publicly traded, management could come under pressure to change their prudent habits, to the detriment of the firm and the stock.

Being private means that Publix’s managers can choose their own path, without having to look over their shoulders at the nattering second-guessers in the financial press and on Wall Street.

Case in point: the company has consistently plowed excess cash every quarter into short- and long-term investments. Publix now sits on a mammoth cash pile of $6.4 billion invested in debt and equity securities.

Activist shareholders would want to put that cash hoard to different use. They’d probably push Publix to use that money to launch ambitious share buyback programs or boost the dividend.

However, as a private company, Publix doesn’t face these sorts of pressures, allowing it to methodically invest in long-term corporate growth rather than short-term windfalls.

Overall Publix Forecast And Prediction For 2019

Publix possesses many intrinsic strengths that will continue in 2019 and beyond. The firm boasts sustained sales and profit growth, as well as an ingrained employee culture that helps keep operating costs low and customer satisfaction high.

Publix could be poised for an IPO in 2019. If the company follows through, we anticipate enormous investor interest and media buzz, significantly boosting the newly minted stock.

Many IPOs tend to be risky, overly hyped deals involving flashy but fundamentally flawed technology firms. A Publix IPO would stand in stark contrast and represent an opportunity to get on board a proven money-making machine.