The Power of Economic Moats

What makes a company strongly competitive and resilient to economic ups and downs? For insights I turned to Nathan Slaughter, chief investment strategist of our premium trading services, Takeover Trader and High-Yield Investing. That’s him, pictured below.

Nathan’s answer? In a word, “moats.” Just as moats were designed to protect Medieval castles, they can turn a company into a financial fortress. In the following interview, Nathan explains in detail and cites specific examples. My questions are in bold. 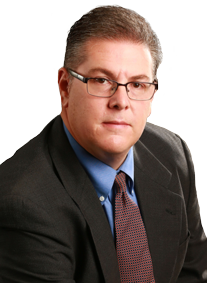 You’ve written extensively about the value of economic moats. What do you mean by that term?

I place a great deal of importance on economic moats. So does Warren Buffett. In the simplest terms, these are sustainable advantages that protect a business from marauding competitors seeking to pillage its profits.

Without some type of moat, it’s nearly impossible for a company to sustain superior returns on invested capital. All of the world’s most profitable businesses have some type of moat, including such stalwarts as Apple (NSDQ: AAPL), Amazon (NSDQ: AMZN), and Walmart (NYSE: WMT).

It’s an enviable position. Most industries have nothing to prevent new rivals from crowding in and elbowing for space. Take fast-food chains for example. They wage a never-ending battle for market share and must usually sacrifice profit margins to attract and retain customers. The same is true of grocers, department stores, and countless other cutthroat industries.

But with daunting barriers to entry, it’s difficult (if not impossible) for newcomers to break in. So the market isn’t carved up into thin slices. The entire heaping pie is served up to one or two lucky incumbents.

Please amplify the topic of “barriers to entry.”

There are different types of moats, barriers to entry being only one of them. There are several different barriers that help dissuade would-be competitors from setting up shop. Let’s discuss four of the most common deterrents.

Regulatory hurdles. Some industries are governed by layers of rules, regulations and oversight that scare away potential players. Slot machine makers, for example, must get the blessing of gaming control boards and other regulatory bodies before they can even think of putting a product on the market.

In some cases, the powers-that-be go out of their way to limit the playing field. The credit ratings business is a textbook example. Stringent SEC qualifications make it nearly impossible to get a toe-hold in this industry, so a handful of lucky firms like Moody’s (NYSE: MCO) rake in all the profit.

Even garbage dumps can be a bonanza for investors. Waste must be hauled away somewhere, but nobody wants a new landfill in their backyard. Securing necessary permits, environmental zoning variances, and operating licenses can be a nightmare. That makes existing sites quite valuable.

Waste Management (NYSE: WM) owns more than 250 permitted landfills across the country. And with stout regulatory roadblocks to new ones, the company has few large-scale competitors. It even collects “tipping fees” from smaller regional players that use one of its sites.

Capital requirements. Anybody with a few thousand dollars and decent skills in the kitchen can open up a new diner. That’s why they are found on every street corner. But some industries require hundreds of millions, or even billions, just to get in the game. For example, building a state-of-the-art semiconductor manufacturing facility doesn’t come cheap.

Patents and licenses. Researching, developing, and ultimately commercializing a new product can be expensive and time-consuming. But if that product is awarded a patent, the government itself is putting up a “keep out” sign to would-be rivals.

An obvious example involves biotech drugs. AbbVie’s (NYSE: ABBV) Humira, which is used to treat arthritis and other auto-immune disorders, rakes in billions in annual sales. It will be years before protective U.S. patents expire and generic competition is introduced.

Then there are tech companies like Qualcomm (NSDQ: QCOM), whose breakthroughs in the early 2000s are still generating royalty income from the sale of most mobile phones worldwide.

Contracts, concessions, and other agreements. Municipal, state, and federal governments often privatize certain functions or otherwise grant a limited number of permits to conduct operations. Those lucky enough to win one of these coveted concessions can milk them for years to come, often free of competition.

Case in point, there are hundreds of general aviation (i.e. private and charter plane) airports across the country such as Fort Lauderdale Executive and North Las Vegas. Refueling and concierge services are often handed to a single vendor, called a fixed-base operator. That’s a bit like operating the only gas station in town.

What other types of companies benefit from economic moats?

Power utilities and railroad owners. The latter benefit from routes that are protected by right-of-way permits.

Defense firms represent another sector that enjoys barriers to entry. For example, there are only six shipyards capable of building vessels for the U.S. Navy, and defense contractor General Dynamics (NYSE: GD) owns three of them. General Dynamics has been the primary builder of submarines for the Navy for more than 100 years.

Editor’s Note: In the above interview, my colleague Nathan Slaughter provided invaluable investment advice. Nathan’s latest profitable discovery is what he calls “the mother of all oil booms”…and he has pinpointed the one stock that’s set to profit. Click here for details.