The Rise of The Commodities “Super-Cycle”

Imagine if you had been able to invest in Standard Oil back at the dawn of the petroleum and automobile industries in the early 20th century. You’d have become a massively rich oligarch along the lines of John D. Rockefeller.

The multi-billionaire oil baron could have told you that one of the surest ways to build wealth is to get on the ground floor of a new technology that’s transforming society.

Lithium now fits that description. In fact, the strategists at Goldman Sachs (NYSE: GS) call lithium “the new gasoline.” The lithium boom is part of a commodities super-cycle that will see prices of raw materials soar this year and beyond.

A super-cycle is a decades-long, above-trend, upward trajectory in a wide range of base material prices, stemming from a structural change in demand. It’s how fortunes are made.

The recovery from the pandemic is proceeding in fits and starts, but it will accelerate later this year after the Biden administration’s stimulus bill is passed. Faster economic growth will fuel the commodities boom. In the meantime, you can expect stock market volatility.

Stocks on Thursday took a breather from the post-election rally, as the energy debacle in Texas and a jump in jobless claims rattled investors. The Dow Jones Industrial Average fell 119.68 points (-0.38%), the S&P 500 slipped 17.36 points (-0.44%), and the tech-heavy NASDAQ declined 100.14 points (-0.72%). In pre-market futures contracts Friday, the indices were trading mixed.

Below, I steer you toward our favorite commodity play. First, let’s look at the lithium phenomenon and why commodities belong in your portfolio.

Lithium is a lightweight, silver-white metal that’s used to create heat-resistant glass, ceramics and lubricants. It’s used in a host of industrial applications and vital to the production of steel and aluminum. In the field of drug treatment, it’s widely used to alleviate depression and bi-polar disorder.

However, the biggest growth driver for lithium is skyrocketing demand for lithium-ion batteries that are used to power electric vehicles (EVs) and store renewable energy such as solar. 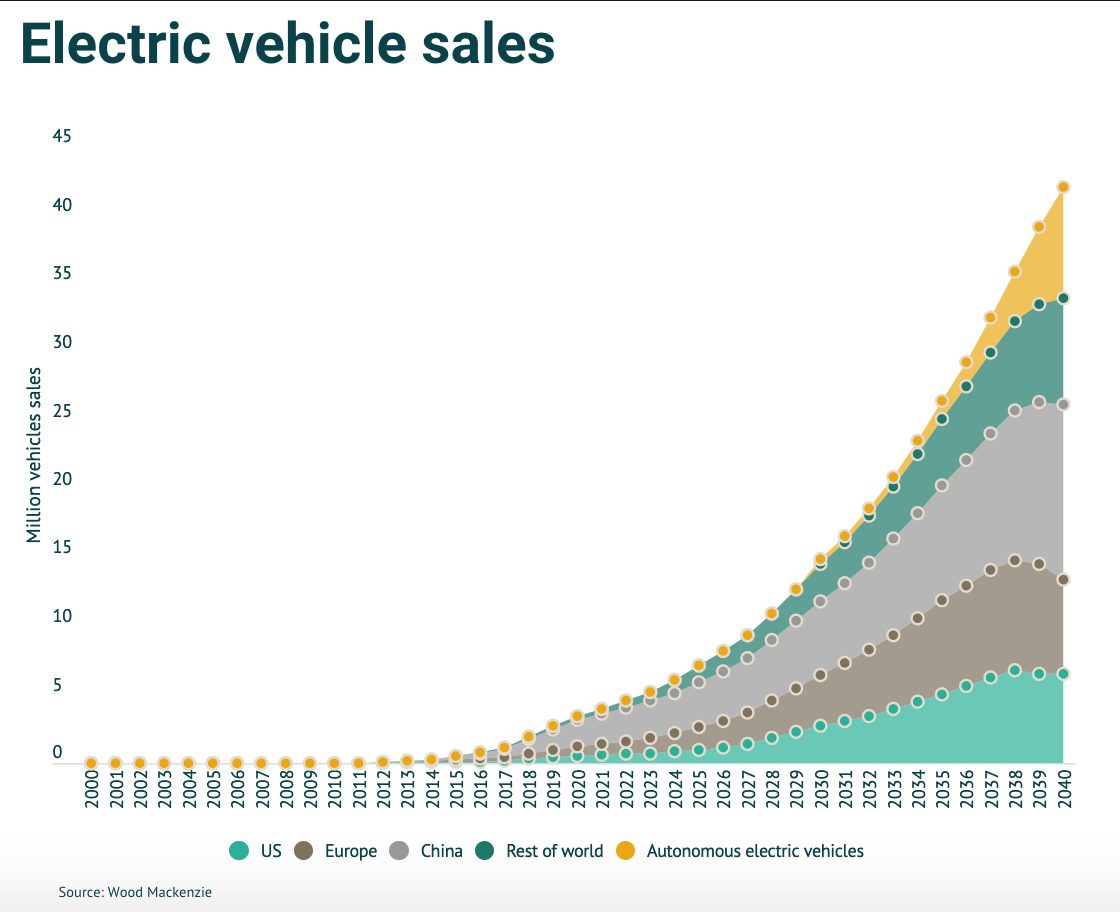 According to market research firm IHS Markit, lithium-ion batteries represent the fastest-growing form of energy storage and will be a part of about 80% of storage installations by 2025.

The burgeoning renewable energy industry provides a multi-year tailwind for lithium. There are several different technologies in the works to house renewable energy generated now for later use. Lithium-ion batteries are the most widely accepted technology.

Elon Musk, visionary co-founder and CEO of Tesla (NSDQ: TSLA), has indicated that he seeks a lithium supply to fill enough batteries to power 500,000 of the company’s EVs per year.

Tesla has jumped ahead of the competition by constructing its own lithium battery gigafactory that’s producing 35 gigawatts of lithium batteries per year.

Tesla broke ground on the gigafactory in 2014 outside Sparks, Nevada, and the facility officially launched battery cell production in January 2017. Tesla purposely placed the factory smack dab in a state that’s a vast source of in-ground lithium. In 2019, Tesla produced 22% of all the world’s lithium battery power and an estimated 35% in 2020. Musk calculates that Tesla will need 16,000 metric tons of lithium a year by 2023.

When economic growth picks up steam this year, prices should soar for a wide range of commodities, not just lithium. Commodities prices already have been increasing and this momentum is sustainable over the long haul.

Which brings me to another vital commodity, copper. The industrial world can’t function without copper. The “red metal” is vital for building construction, power generation and transmission, electronics, industrial machinery, and transportation vehicles. Demand for copper is on track to even outpace lithium.

Wood Mackenzie projects that the growing demand for renewable energy and transport electrification will require as much as $1 trillion in investment in raw material production, especially for lithium and copper, by 2035.

Many miners produce both lithium and copper. EVs and green energy grids have a ravenous appetite for lithium copper alloy, for use in batteries, motors and wiring systems.

This year, as the global economic recovery gains speed and infrastructure spending explodes, raw materials miners will richly benefit from the commodities super-cycle. Commodities also make a classic hedge against inflation, which is showing signs of increasing as fiscal and monetary stimulus exert their influence. For details about a small-cap miner that’s uniquely positioned to prosper, click here now.