The Big Winner from EVs (Hint: It’s Not Tesla)

Everyone loves a comeback story (especially the journalists who write them). You’re probably familiar with the popular notion that Detroit is back, baby.

There’s much truth to the narrative, but as I’ll explain, there are caveats. In fact, there’s a better, often ignored way to play the auto sector’s resurgence. More on that in a minute.

Even the beleaguered urban area of Detroit is showing signs of rejuvenation, as trendy shops, boutiques and restaurants blossom amid the bombed-out buildings. The economic recovery is expected to further fuel auto sales this year, as stir-crazy consumers tap into their considerable household savings, and take advantage of low interest rates, to splurge on a new set of wheels.

Robust consumer spending is a major pillar of the bull market. On Wednesday, the Dow Jones Industrial Average rose 25.07 points (+0.07%), the S&P 500 climbed 6.08 points (0.14%), and the tech-heavy NASDAQ increased 19.85 points (+0.14%). In pre-market futures trading Thursday, the indices were pulling back as the fear of inflation reared its head again.

Automotive pioneers in early 20th century Detroit behaved a lot like Silicon Valley entrepreneurs today. They tinkered with exciting new technologies, regularly hopped from one company to the next, launched start-ups and spinoffs, and challenged the status quo. The cross-fertilization of ideas and products in the Motor City revolutionized society.

Fast forward to 2021. Detroit’s executives would have you believe that they’ve regained their old mojo. In many ways, that’s true. Mainstream automakers are trying to get in front of the booming EV trend. At the same time, driver-less cars and ride-sharing services are expected to rack up explosive growth in coming years, as the technology becomes ever-more practical.

The Detroit giants are touting the ways in which they’ve tried to co-opt these trends. The global symbol of EV development, of course, remains Palo Alto-based Tesla (NSDQ: TSLA), the leading edge (and grossly overvalued) brainchild of eccentric billionaire Elon Musk.

Tesla is one of the most hyped “story stocks” on Wall Street. You can’t turn on CNBC, Fox Business News, Bloomberg, or any other financial news channel without hearing the talking heads chatter away about Tesla.

The news about Tesla isn’t always upbeat. On Wednesday, for example, Tesla announced that it was recalling about 6,000 vehicles because of loose bolts.

Therein lays risks for the companies and their investors. In 2021 and beyond, Tesla and the big car companies could make a lot of missteps. Acquisitions in pursuit of new tech capabilities could eventually prove foolhardy and not pan out. Activist investors could demand that sexy tech divisions that were bought for a premium get sold at a loss.

That said, the EV boom is one of the biggest investment opportunities you’ll see in your lifetime. Environmentalists see cleaner EVs as salvation for the planet and an effective way to reduce the carbon footprint of transportation, to help fight global warming. Investors see the opportunity to invest relatively early in a breakthrough technology that will soon become the money-making status quo.

Read This Story: The Shrewd Way to Play EVs 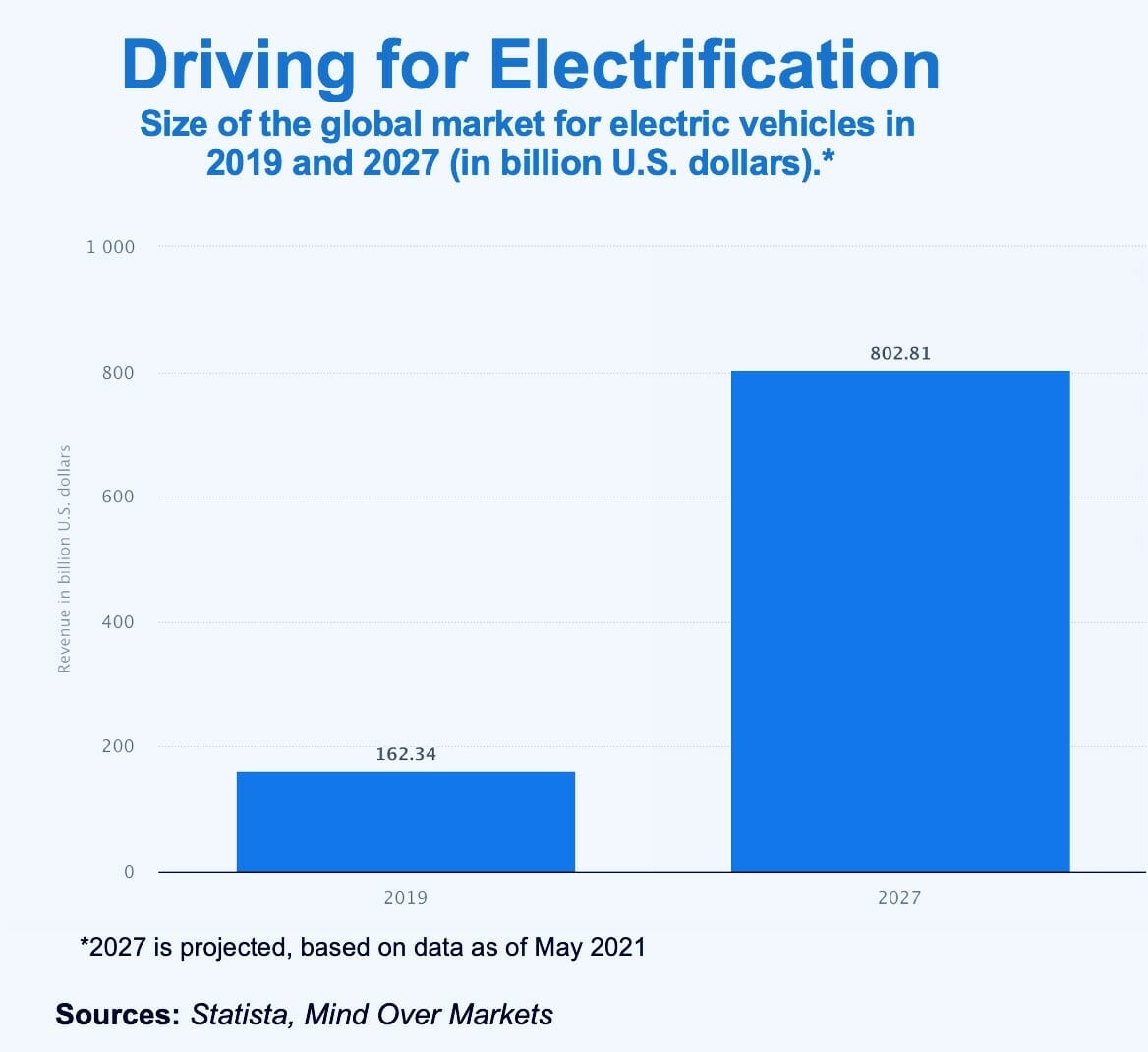 The upshot for investors: the automobile industry is undergoing a genuine revolution that can richly reward investors, but the identities of the winners and losers remain unclear. Don’t pile into auto stocks based on glib narratives; the true picture is muddier. Pick your spots carefully.

Welcome to the “super-cycle”…

For the best play on the innovative aspects of the auto industry, consider lithium. That’s right, lithium.

Lithium is among a slew of commodities that are poised for huge price gains as demand for commodities explodes.

Read This Story: The Rise of The Commodities “Super-Cycle”

Lithium is a silver-white metal that’s crucial for a variety of industrial applications. The biggest growth driver for lithium is the demand for lithium-ion batteries used in EVs. Some pundits refer to lithium as “the new gasoline.” Renewable energy also requires a massive amount of lithium.

However, demand for lithium is outstripping supply, which is great news for the companies that mine and process the metal. For details about America’s number one lithium play, click here now.