The Earnings Call Is The Key

Editor’s Note: The author of this article, Dr. Joe Duarte, has been a professional investor and independent analyst since 1990. He is a former registered investment advisor and author of the bestselling Options Trading for Dummies, and several other books including Market Timing for Dummies and Successful Biotech Investing. He’s also a medical doctor. After a hiatus, Dr. Duarte has returned to the Investing Daily team.

It’s not uncommon to see huge up or down moves in stocks during earnings season. But patient investors will often wait until they have more information before buying or selling into the news-fueled frenzy.

It’s All in the Earnings Call

Recently, shareholders of Amazon.com (NSDQ: AMZN) and Apple (NSDQ: AAPL) got the short end of the stick after their companies announced worse than expected earnings. But for those who waited for the earnings calls, it was likely easier to make a decision as to what to do next with the stocks. 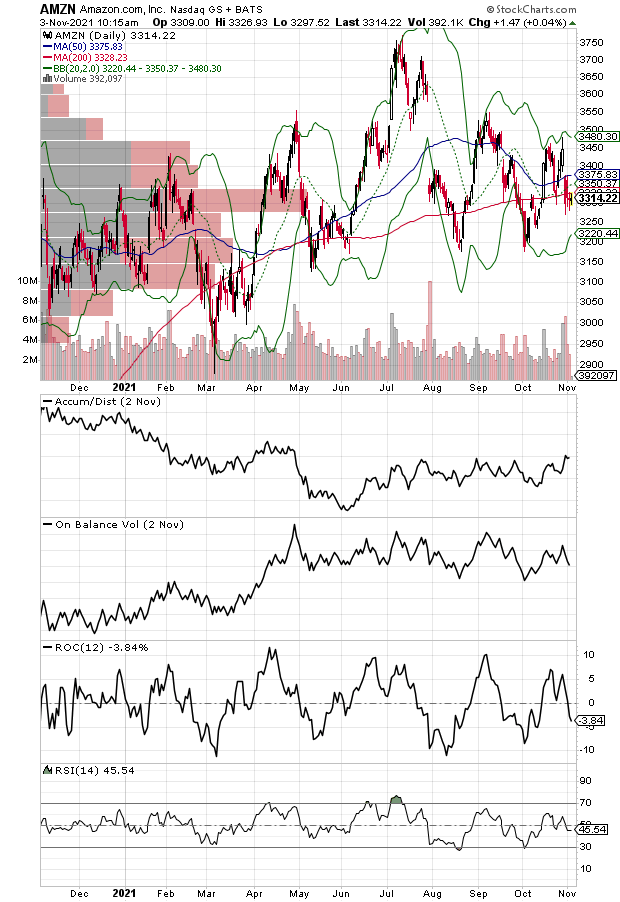 So here is what I gleaned from my deep dive into their call transcripts.

During its call, Amazon noted it missed expectations due to rising costs to the tune of $2 billion in the past quarter, which will rise to $4 billion in the next quarter. The reasons were:

For its part Apple blamed its miss on supply constraints resulting in extra costs of $6 billion, specifically semiconductor chip shortages and COVID-related manufacturing problems. Moreover, Apple’s management noted: “We estimate the impact from supply constraints will be larger during the December quarter,” while adding that they expect no growth in the iPad product line due to supply constraints.

What do these two companies have in common? Well, it’s obvious the effects of the pandemic have taken their toll. Costs have risen, supply chains have been disrupted and…wait for it…it will be worse in the next quarter.

Not Everyone Is Having the Same Troubles

But here is where it gets super interesting. While the cool kids AMZN and AAPL floundered, the highly unglamorous U.S. Steel (NYSE: X) beat all expectations on its quarterly earnings and delivered very upbeat future guidance. 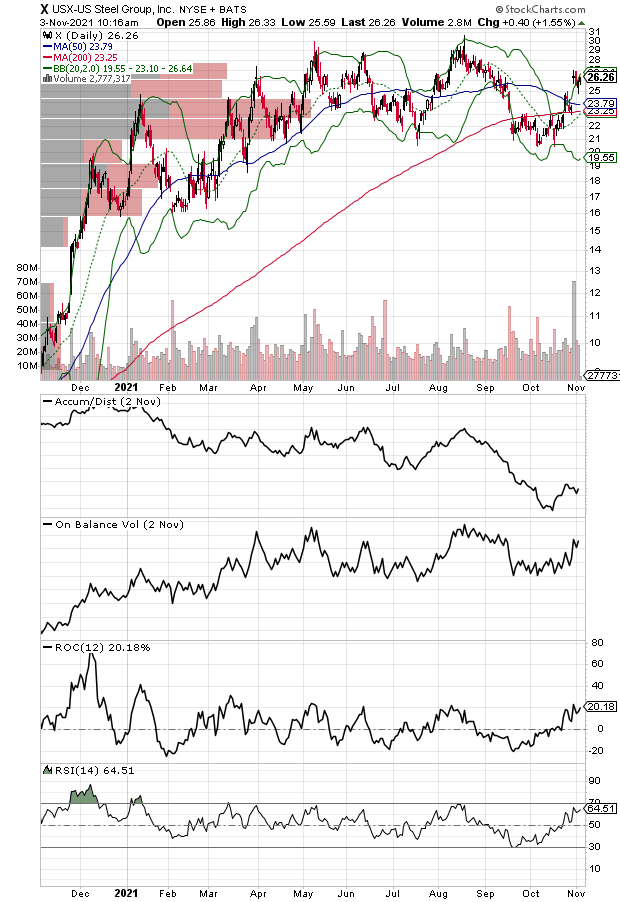 Moreover, Burritt credited the company’s “regional supply chain” as a major reason for the successful quarter while adding: “We are delighted to hear from multiple auto customers who are foreshadowing that the trough of the chip shortage could be behind us. They are beginning to add to the fourth quarter and first quarter build schedules and indicating to us increasing usage rates starting as early as next week.”

So here is my takeaway from U.S. Steel’s earnings call. This company is in a different world than Apple and Amazon because it:

In addition, U.S. Steel has clearly been planning for the post-COVID world and it is paying off.

Reading Between the Lines

At first glance, one may glean negative vibes from Amazon and Apple’s earnings and comments. But if you take a step back, you may come up with something a bit different.

For example, it’s unclear as to whether Amazon is actually in trouble, although its shares are still flat after the recent decline. However, you could make a case for the notion that the company is adapting its business practices to deal with a new set of challenges.

Yes, Amazon’s costs are going up. But the main reason, I suspect, is not labor costs. The fact is, Amazon is acting in a similar fashion to U.S. Steel by building out its capacity once again as the e-commerce giant did in its early days before becoming profitable. It’s a familiar Bezos strategy for sure: complain and deliver poor earnings as you set the business up for the next market share grab.

On the other hand, Apple’s issues are a bit hazier. The Cupertino behemoth’s dependence on semiconductor manufacturers who are having trouble delivering products could be a problem if it continues. But AAPL shares have found buyers which suggests that investors are betting, as per U.S. Steel’s CEO, that the worst of the chip shortage is indeed behind us.

And if that’s the case, I expect Apple’s troubles to lessen and the company to actually deliver a positive surprise in a quarter or two.

Finally, the case for U.S. Steel shows that management is in top form and that they may have recognized what many investors and managers at other companies are missing, to wit: the return of manufacturing to North America has been under way for the past five years and is likely to continue.

When a company’s shares rise or fall dramatically after news, especially earnings reports, it’s a good idea to dig into the earnings call. By paying close attention to management’s statements, along with their past and future actions, you may find useful information which will help you make better decisions about whether to own or not to own those shares.

In the meantime, Apple is on the verge of disrupting the status quo yet again. But this time around, it won’t be Apple’s stock that benefits the most. For details, visit this link.