Is it Time to Buy Semiconductor Stocks?

Is it time to buy the current dip in the stock market?

The market’s recent decline, triggered by fears over the COVID Omicron variant and Federal Reserve tapering, is providing an opportunity to consider this question by creating a set of market conditions which separates winners from losers.

While rising volatility often creates anxiety, investors with a plan can often be rewarded over the long term. In this article, I will work through four steps which may help your decision making process.

One way to decide whether to buy the dip is to review how an individual sector or stock has performed in comparison to a major index such as the Standard & Poor’s 500 (SPX) during a particular market period. In a correction environment, it pays to see which area of the market has held up better than the index, whose recent volatility is shown in the chart directly below. 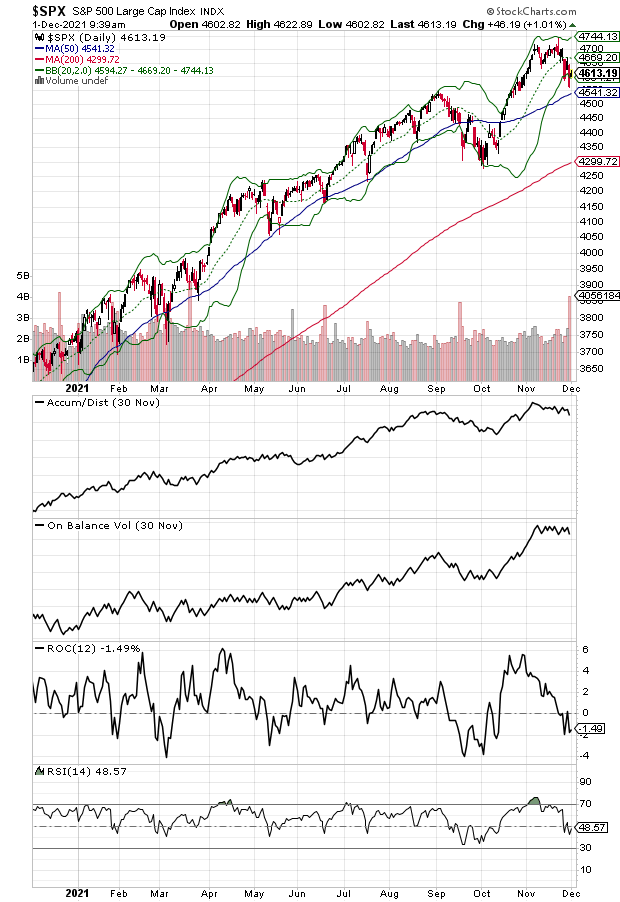 Of course, even when just dealing with COVID related market reactions, it’s anyone’s guess as to what will happen next, which is why it’s often a good idea to keep a longer term mind set, and to have a few ground rules in place when considering your next move.

Read This Story: Here’s Why Investors Shouldn’t Panic Over Omicron

That said, history shows that the Fed usually rescues the market when it enters volatile periods such as the current one. Moreover, when the Fed signals that it’s willing to ease liquidity conditions, one of the most profitable areas of the market is usually the technology sector. Moreover, in this type of market it’s a good idea to keep it simple, which is why the semiconductor, or chip, sector is worth watching at this point.

The Bullish Side of the Chip Shortage

One of the more positive aspects of complex systems – those in which a myriad of components (agents) compete with one another for ascension into the next level after duking it out with one another and the environment – is that once an agent finally breaks through, others will follow.

In addition, this concept is highly applicable here since semiconductor stocks tend to move as a group. Therefore it makes sense to consider making a sector wide bet.

And that’s why I want to discuss them in aggregate via the Van Eck Semiconductor ETF (SMH), which houses well known stocks such as Intel (NSDQ: INTC) and Applied Materials (NSDQ: AMAT).

Since the short term has been so negative of late, it’s a good idea to look into the future before making any current bets. Here is a summary of some long term and bullish facts about the semiconductor sector:

If you didn’t pick up the central theme of the bullets above, consider rising demand in the face of tight supplies, which is the essential recipe for profits. In fact, the chart below, based on expectations for the Asia Pacific Semiconductor market, is a representative sample of the entire global market, and clearly shows that the semiconductor cycle has likely bottomed and is about to ramp up.

A Major Chart Breakout Is Plausible for the Chip Stocks

Let’s go back to the concept of relative strength, a phenomenon in which select financial assets fare better than others during down trends, such as what the Van Eck Semiconductor ETF did in the period before and after the November 26 stock market minicrash: 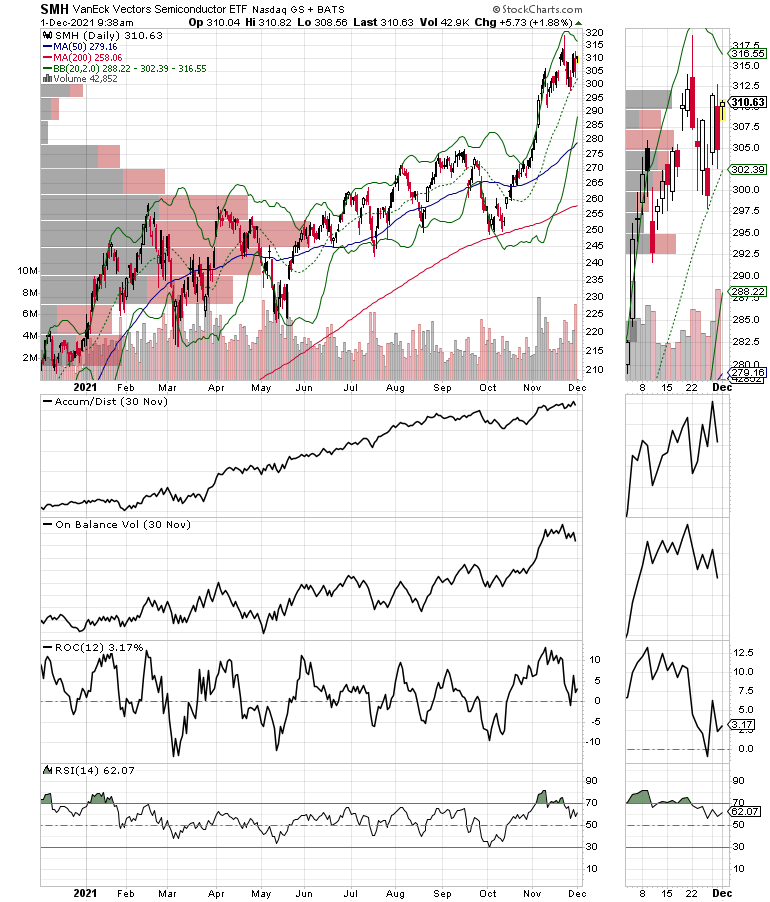 What the chart clearly shows is that even though the S&P 500 has broken below key support, SMH is holding up well. Specifically, the ETF remained above its 20 and 50 day moving averages while SPX has broken below its 20 day average quite decisively. In addition, On Balance Volume (OBV) is still near its recent highs which means that the smart money has not bailed out yet, and explains why the ETF is still holding up.

While this is a great example of relative strength, the real question is whether SMH is worth buying or not as the market dips.

Therefore, if you decide to buy into the dip consider these four steps:

No matter what, when making a decision to enter a volatile market, the best solution is to have a plan.

Another way to protect your wealth (and still reap gains) is to tap into megatrends that will unfold for years to come. One such trend is the global transition toward electric vehicles (EVs).

But the smart money isn’t limiting itself to the mainstream EV stocks everyone is raving about. They’re quietly diving into what savvy investors call “the EV shadow sector.” Click here to learn more.