For Clues About The Stock Market, Look to Bonds

Old timers like me know that when stock traders are talking about the bond market, it makes sense to listen.

And lately, for good reason, there’s been a lot of bond talk in stock circles.

Stocks Are Glamorous But Bonds Rule

Here’s an underappreciated fact: stocks grab the headlines, but it’s the bond market that rules the financial roost.

That’s because the amount of money traded in the bond market per week dwarfs the money that changes hands in stocks. The data changes on a regular basis, but in March 2020, the entire U.S. Treasury bond market, including futures and swaps (over the counter option contracts) was estimated at $12.5 trillion.

And that’s only the amount traded in U.S. Treasuries. When you add the amounts that change hands in the entire global treasury markets (think Germany, the UK, Japan, China and emerging markets) along with the activity in corporate bond markets, it’s clear that the numbers become astronomical. 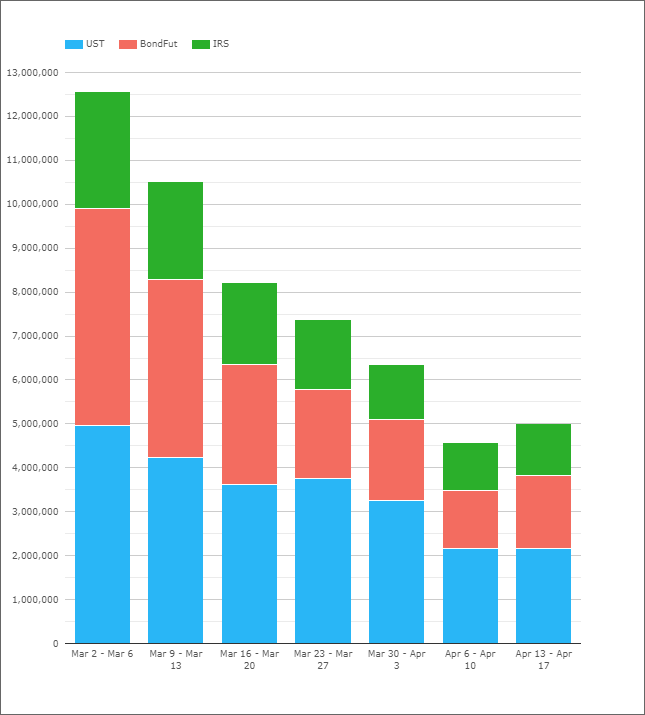 By comparison, the NASDAQ stock market saw roughly $1.6 trillion worth of trades in the very busy and hectic four days ranging from January 24 to January 27, 2022.

Stocks are glamorous for sure, but the real money moves, and the real effect on the economy, come from the bond market.

Debt (Not Love) Makes The World Go ‘Round

Don’t call me a Valentine’s Grinch, but the truth is that the global economy runs on debt. And because corporations and governments raise capital through bonds, the price action in bonds is the basis for the global economy.

Moreover, excess money, even that which is borrowed, works its way into the stock market. Think stock buyback plans and dividends.

So here is a very quick and simplified primer on how the bond market works:

Moreover, aside from being sound investments when the time is right, bonds are at all times, important influencers of market interest rates.

For example, the price action in U.S. Treasury bonds, especially the U.S. Ten Year note yield (TNX) is a benchmark for crucial market interest rates, such as mortgage rates. Other yields are often benchmarks for other crucial market rates such as car loans, etc.

Bond traders hate inflation, because it reduces the net income paid by the bond. What that means is that if your bond pays 5% but inflation is running at 3%, your real yield, what you put in your pocket, is 2%. But if inflation runs at 6%, your effective yield is -1%.

Bonds Vigilantes and The Federal Reserve

Bond traders are often called bond vigilantes, a term which describes their tendency to sell Treasury bonds when inflationary pressures rise. This in turn puts the Federal Reserve on notice that they should be considering raising market interest rates.

You can see that over the last few months, as the consumer price index has risen, the U.S. Treasury 10-Year Note Yield has also risen. And, of course, as most stock traders know, the stock market has taken a beating during this period.

In fact, the decline in stocks accelerated due to the Fed’s acknowledgement of the bond market and subsequent announcement that it would raise interest rates in 2022. 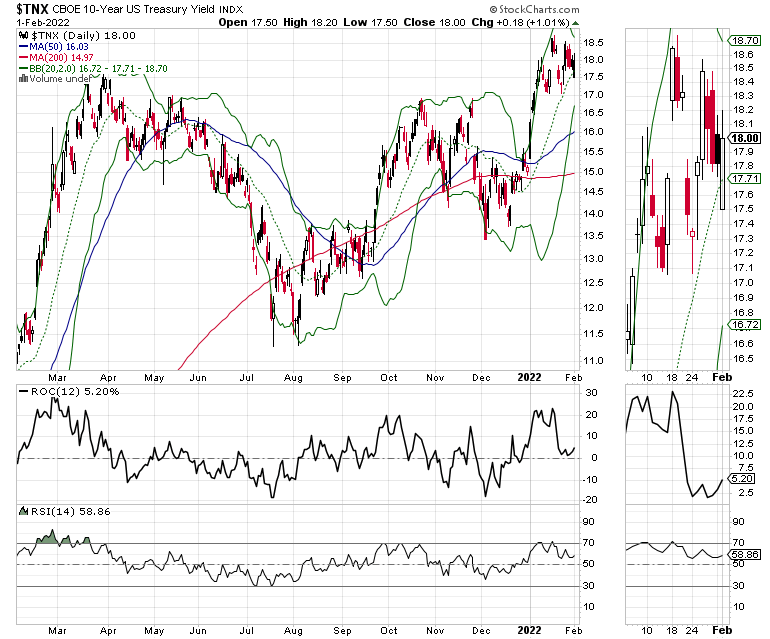 But here’s what’s interesting. TNX may be rolling over, which means that bond traders are not selling bonds at the same pace that they were in late 2021 and early 2022.

The key yield range is 1.5% to 1.7%. If yields fall into that range, it would confirm that the bond market is less concerned about inflation in the short term.

But even more important, if TNX breaks below 1.5%, it would indicate that bond traders are betting on a recession. That in turn would suggest that the Fed’s interest rate hike cycle may not last as long as the majority of economists and traders are expecting.

Where It Comes Together

Now, if bond yields start to fall significantly, it will be imperative to watch what the stock market and the Fed do in response.

Remember that recessions kill inflation. And nothing makes bond traders happier than a reduction in inflation.

By the same token, nothing makes stock investors happier than the prospect of lower interest rates.

Thus, as stock investors we must watch what the bond market does, and how the Federal Reserve and the stock market respond.

Because at the end of the day, the most basic rules for stock investing are:

And finally, here’s an unspoken third rule: Always keep an eye on whether stock traders are talking about the bond market.

If bond yields start to fall, the odds of a stock market rally are likely to increase.

This trade is poised to make money, regardless of the path of the pandemic or Fed policy. To learn more, click here now.