“Please God, give me one more oil boom. I promise not to blow it next time.”

That’s the bumper sticker message I saw a few years back, when I was visiting Austin, Texas to attend a music festival. It made me laugh, but it also conveys wisdom about this volatile sector.

The energy sector, known for its extreme boom-bust cycles, is booming again. Perhaps this time, the industry won’t blow it, at least not too soon. This earnings season, we’re discovering just how important energy’s fortunes are to the S&P 500’s overall performance.

Corporate earnings ostensibly have held their own, but there’s an important caveat you need to recognize: the energy sector is disproportionately skewing the results to the positive side. If this sector were excluded from the all-sector tally, the S&P 500 would be reporting a decline in earnings of 5.3% rather than growth in earnings of 2.2%.

Not surprisingly, the energy sector has vastly outperformed the other 10 sectors (see chart). 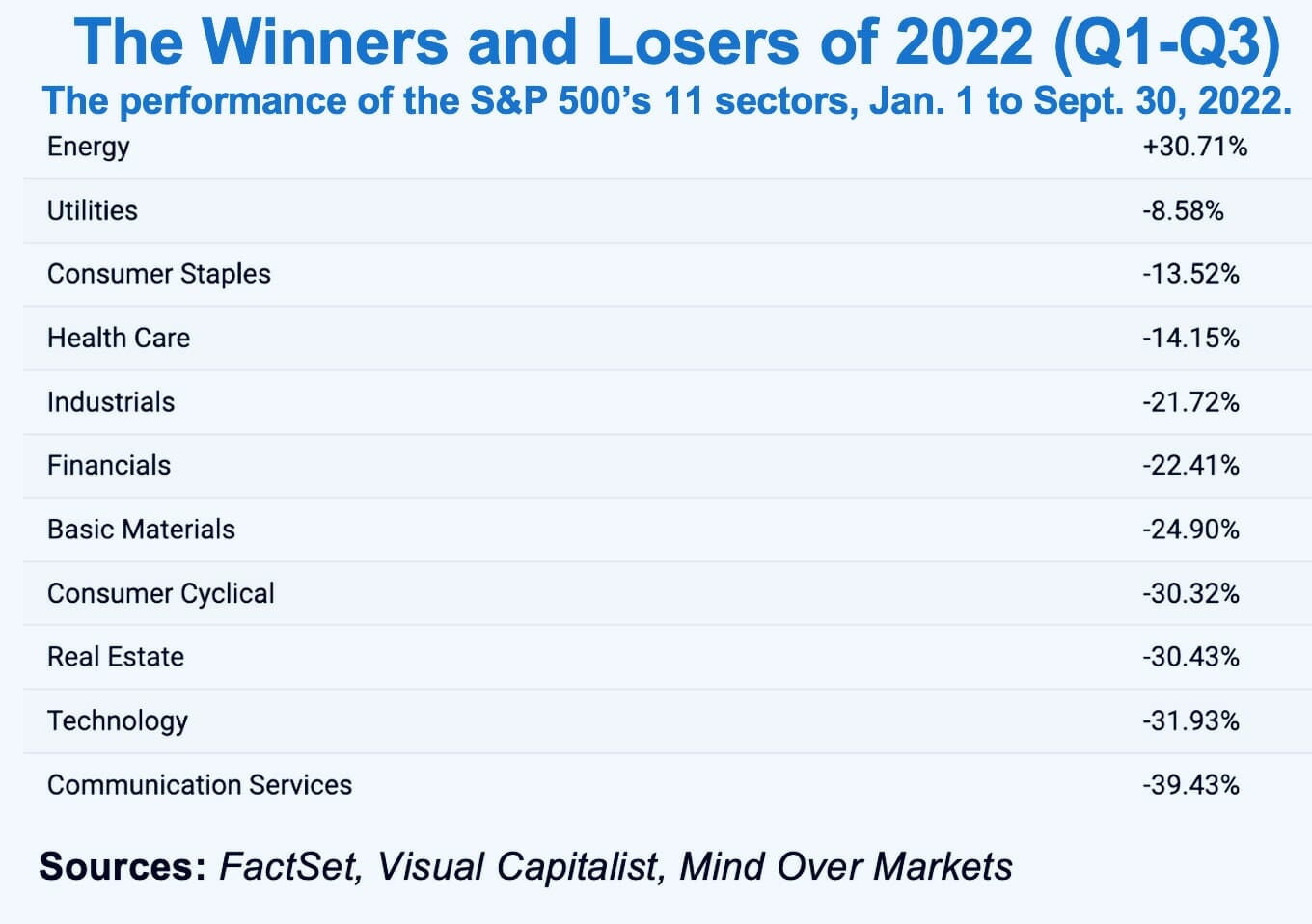 It’s true that the energy sector is at an inflection point, as fossil fuels increasingly give way to renewable energy sources such as wind and solar. Big Oil will never regain the dominance it once enjoyed in the 20th century. But oil and gas will remain vital commodities into the foreseeable future.

Despite the big run-up in energy equity prices this year, you can still find bargains in beaten-down subsectors such as master limited partnerships (MLPs).

Read This Story: Why Energy Stocks May Be Worth Buying on Price Dips

The benchmark 10-year Treasury yield has declined more than 30 basis points over the last week as inflation numbers come in much cooler than expected. Oil prices have been volatile, moving up or down based on economic reports and geopolitical developments, but the per-barrel price has been range-bound hovering around $85/bbl.

News out of China has directly affected oil prices. The country’s slowing economy and strict COVID policies have weighed on crude, although in recent days, Beijing’s easing of those curbs has provided a tailwind for expected energy demand and hence oil prices.

As Q3 earnings results continue to come in, we’ll see if the energy boom and the stock market rally have momentum. The latest report on leading economic indicators, scheduled for release this Friday, will provide important clues. Regardless, volatility is here to stay.

Editor’s Note: How can you hedge your portfolio against the risks I’ve just described, and still enhance gains? Consider the advice of my colleague Jim Fink.