The Likely Stock Market Winners When Peace Comes to Ukraine

Investors have been focused on the Federal Reserve’s interest rate increases to such an extent that they have lost interest in equally important macro trends whose potential reversals will create new and likely profitable investment opportunities.

One of them is the ongoing war in Ukraine.

Moreover, this is the time of year when financial analysts often look beyond current issues and into the future. Therefore, in this article, I am exploring the potential developments which could follow a peaceful resolution of the war in Ukraine.

From a macro standpoint, the war in Ukraine is the follow up to the COVID pandemic. As such it has unfolded during an economic period where money printing and supply chain disruptions led to an inflationary spiral and a rapid increase in global interest rates. It is widely expected that the rapid tightening of monetary conditions will lead to a global recession.

Meanwhile, even though central banks are draining liquidity from the banking system, governments continue to spend money at an alarming rate in order to prevent social unrest which has resulted from the disruption in the energy markets in Europe as Russia cuts off Germany’s supply of natural gas.

Indeed, due to the war, there are many geopolitical threads and micro-threads that make any assessment a difficult web to untangle. Still, from a purely financial standpoint, there are three variables pertaining to the war in Ukraine which are worth considering:

I will expand on these topics further below.

What Would Bring a Peace Agreement?

Perhaps a better question to ask is why would a peace agreement emerge?

The answer is straight forward. Neither Russia nor Ukraine is really getting the upper hand at the moment, a factor which is fluid. Still, their respective treasuries are being drained while the U.S. and the rest of NATO are also spending billions, which they don’t really have since the big players, the U.S., Germany, and the U.K., are all debtor nations.

It would be prohibitively expensive to keep the stalemate going for a truly extended period of time. Therefore, at some point, political and financial realities (think elections, and cutbacks in domestic programs such as Medicare and perhaps even Social Security in the U.S.) will start to exert some influence on the process.

Specifically, as deficits rise, debt increases and economies start to struggle significantly due to the underlying issues worsened by persistently high interest rates. This raises the possibility that the public will likely communicate to their leaders, either via the ballot box or perhaps more physical means such as protests and social unrest, that maybe peace would be a good idea.

So, for the sake of argument, let’s stipulate that a peace agreement is eventually reached. Along with the possibility of redrawn borders, potential changes in leadership and emerging new rivalries and alliances, history shows that once the peace process is established, it would involve a great deal of rebuilding, along the lines of The Marshall Plan. This is where the U.S. and the rest of NATO would pour more billions into Ukraine in order to rebuild its shattered energy sector including power grids, nuclear infrastructure, and even cities.

Of course, with foreign aid will come conditions, which history shows will likely favor American, German, and U.K. companies (The Big Three). Moreover, these conditions will require adherence to significant financial administration and implementation. Cue the big banks from The Big Three.

And finally, expect defense companies to benefit as some sort of new alliance, or expansion of NATO emerges, which will require military gear to be stationed in all kinds of new places.

Read This Story: The Defense Sector: Set to Soar in 2023

Certainly, with The Big Three already burdened with budget deficits, there would be a need for central banks to cooperate by restarting the printing presses, i.e. qualitative easing (QE).

Who Wins Big from Peace?

This is not an easy question to answer. But if history is any guide, just about everyone would win, at least for a while. That’s because, especially in this case and due to the already extensive debt held by all participants, central banks would have to restart stimulus, which in turn would bring back most stock markets.

Among all the potential winners, however, I expect companies that are involved in construction and infrastructure to be huge beneficiaries due to the extensive rebuilding that will be required given the damage inflicted to Ukraine by the Russian aggression. 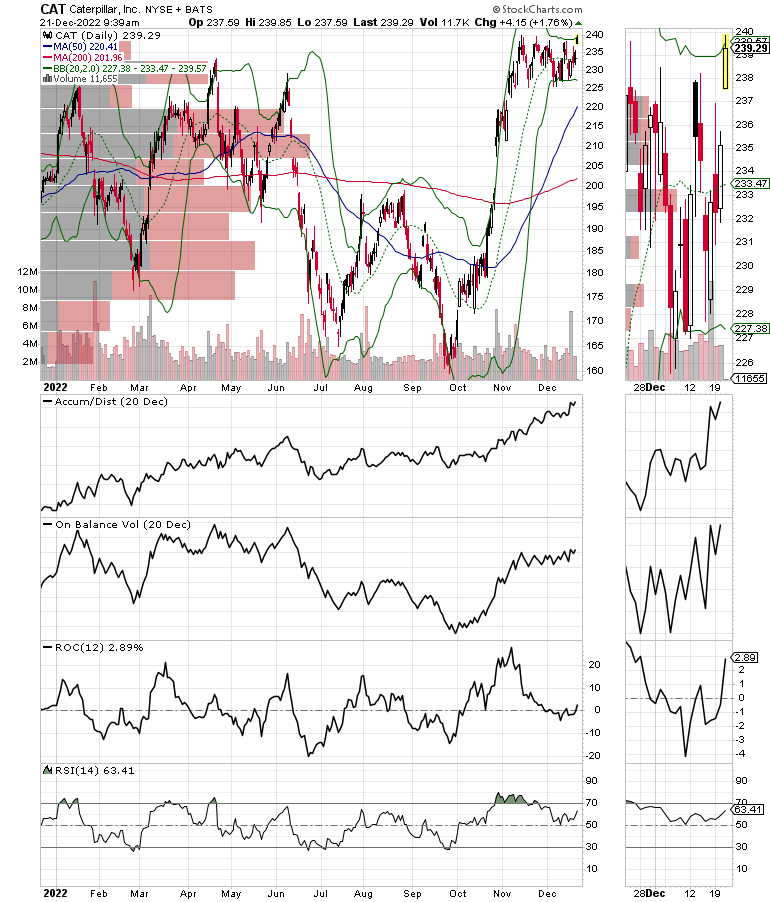 A potential winner of this rebuilding would be Caterpillar (NYSE: CAT), whose earth moving machinery would be at a premium as the enormous rebuilding process unfolds. 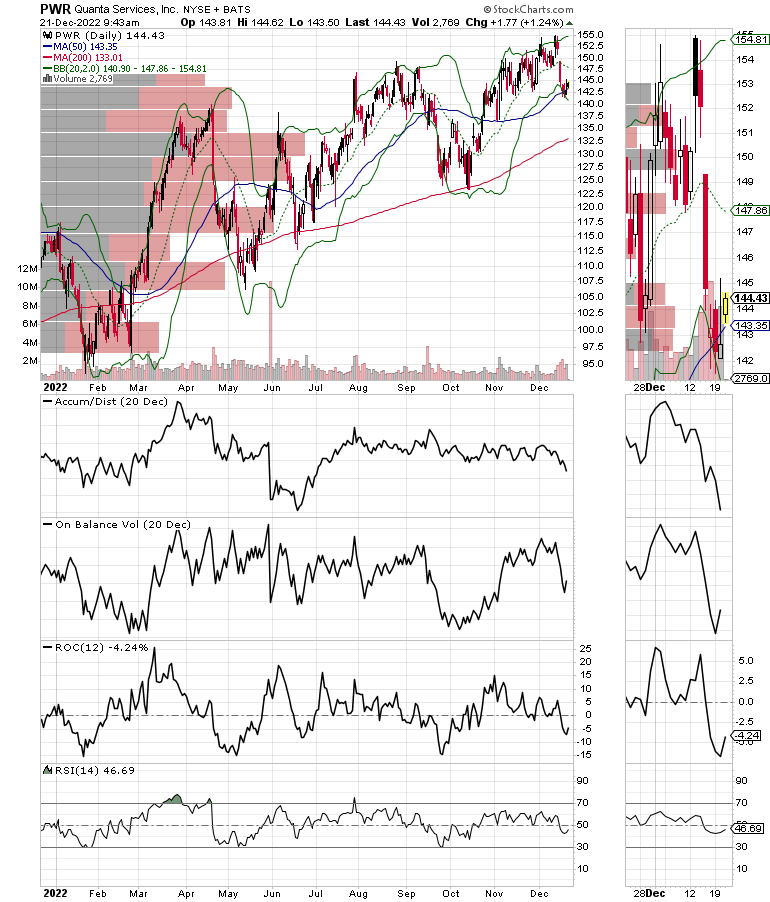 Another potential winner would be Quanta Services (NYSE: PWR), a specialist in building out electrical power grids and related infrastructure. Cement, concrete and building aggregates companies will likely benefit as well. One of them could be Vulcan Materials (NYSE: VMC). In addition, mining and smelting companies such as Southern Copper (NYSE: SCCO) are likely to derive benefits form the emergence of peace in Ukraine. 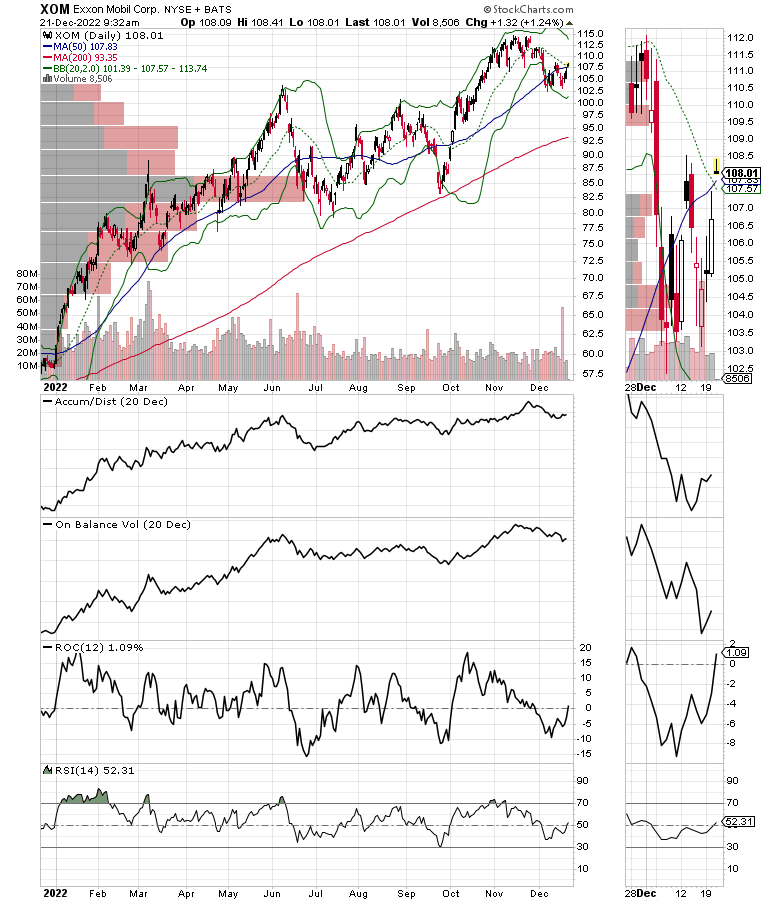 And last but not least consider Big Oil’s growth after the invasion of Iraq. Back then in the Middle East, and again in Eastern Europe, the need for transportation services arises in the face of a sub-optimally operating supply chain.

Ukraine’s vast natural resources and the need for their repair and development are likely to bring in companies like Exxon Mobil (NYSE: XOM). Defense and banking companies would also benefit, but perhaps to a lesser degree.

Peace in Ukraine would not come without complications. For one, a peace agreement is not likely to emerge quickly. And after the war, the financial conditions of all parties will be problematic to say the least.

That’s because war is not cheap, especially in a period of higher interest rates when the level of debt which all the countries involved are currently carrying is considered. Russia, NATO, the Ukraine, and other countries playing a role in the conflict are running major budget deficits and are financing their operations via borrowed money.

Since their collective debt is rising at a faster clip due to higher interest rates from central banks, no one is starting from an optimum financial place.

Moreover, and perhaps most important, is this: when the central banks hit the printing presses to finance the rebuilding of Ukraine, they will likely do so from an inflationary level which has not fully reset to where it was prior to the breakout of the war. This will create difficulties as new debt gets piled onto still accruing and accelerating old debt.

Assume that U.S. consumer price index (CPI) is at 5% when peace breaks out. That’s still twice as high as where it was before the war started. Now add a couple of trillion dollars worth of QE to finance the rebuilding. Then add the fact that when peace breaks out, the global supply chain is not likely to be fully repaired.

What it means is that Ukraine’s rebuilding will be inflationary because central banks will have to print money to finance it and because the global supply chain will still be operating below optimal condition. At some point, central banks will once again have to restart their interest rate increases to reduce inflation.

It seems logical that peace in Ukraine will eventually emerge. It may develop as early as the next U.S. presidential election.

From a humane standpoint, peace will and should be welcome. From a geopolitical standpoint, it will be a highly complicated and difficult process.

From a financial standpoint, infrastructure, defense, energy, transportation, and financial companies will likely be the biggest winners, although the entire stock market will likely experience a significant rally which will last at least a few months once it becomes clear that peace is within grasp.

The initial euphoria of peace breaking out in Ukraine may not last as long as some expect, because central banks will likely face another inflationary spiral not long after they restart QE.

Peace in Ukraine will be welcome, but it will come at a price.

Editor’s Note: Average income investors face a looming cash catastrophe. Retirees, the very people who helped build the country we know and love today, are the ones most at risk.

But you could be securing an effective yield as high as 26% on a safe “cash alternative” that out earns savings accounts, bonds, and ordinary stocks alike.

Our colleague Robert Rapier, chief investment strategist of Utility Forecaster, has figured out a totally legal and simple strategy that not only protects your wealth, but could keep your nest egg growing no matter what the market or the U.S. government throws at us next.

Want to learn more about the coming cash crisis, and how to overcome it? Click here for details.