How to Make a Killing in Energy

Economically, the energy sector has been in the doldrums for years now.

But for investors, it’s been anything but boring.

That’s because during the long cyclical downturn, energy prices have been fairly volatile. Check out this price graph for crude oil over the past 20 years. 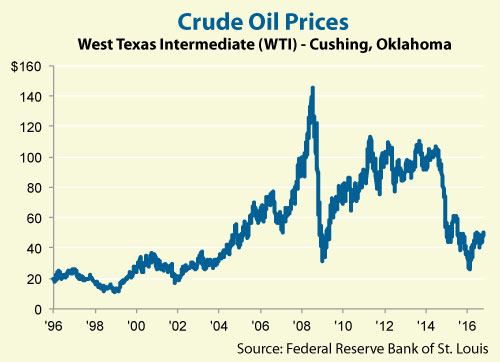 The collapses in 2008 and 2014 stand out, but you also see a lot of zigging and zagging the rest of the time. Even during sustained bull and bear markets for oil, volatility is common.

And volatility is our friend – if you know how to use it.

That leads me to a story.

In 2012, I spent a few months helping out as a managing editor on The Energy Strategist. I started around the same time as the then-new Chief Investment Strategist, Robert Rapier. From our first phone call to discuss the newsletter, I was deeply impressed.

Like I said, he knows his stuff.  That’s why Robert has become a go-to source for print and TV journalists covering complex energy topics. The Wall Street Journal, the History Channel, 60 Minutes… Robert has been interviewed by them all. He’s written books and blogs, and we’re incredibly fortunate to have him as Investing Daily’s in-house energy expert.

You can get a strong sense of Robert’s deep expertise in these recent articles, accessible to all of you, here and here.

But for the real straight dope – and frequent recommendations of highly profitable trades – consider subscribing to The Energy Strategist. Robert knows his stuff – and he knows how to use it to make money for his subscribers.

You can find out more about Robert’s methods and current outlook, and how to subscribe, by clicking here.