U.S. vs China: Battle of the Century

The next time you hear a White House official or CNBC anchor spout a lot of opinions about China, ask yourself: can these “experts” actually speak or read a Chinese dialect? Have they ever visited China? Do they really know anything about Chinese society or history? You might as well be getting your predictions from an online tarot reader.

It’s easy to have opinions, but having true knowledge is another thing. That’s why, when it comes to insights into China, I turn to my colleague Scott Chan. 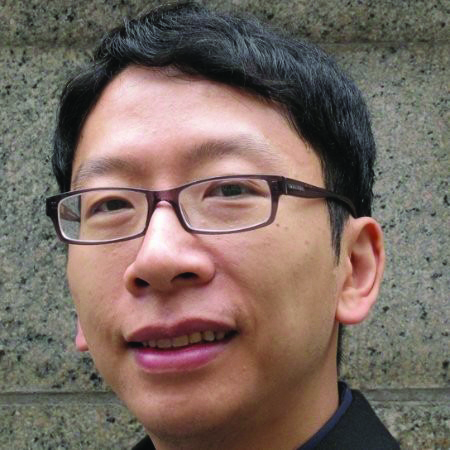 Scott Chan (pictured here) is the lead analyst for our premium trading services Real World Investing and The Complete Investor.

Scott Chan moved from China to the U.S. with his family at the age of 10. He earned undergraduate degrees from New York University followed by an MBA degree from the Zicklin School of Business at Baruch College.

As the world’s second-largest economy, China is America’s rival but it’s also closely interlinked with the West. Despite the trade war, the U.S. and China need each other to thrive as economies.

This week, I sat down with Scott to ask him about the latest investment-related developments in his native country.

Trade talks between the U.S. and China are scheduled for next week. October 1 marked the 70th anniversary of the founding of the People’s Republic of China. China is a proud country. Isn’t it unrealistic to think that President Xi Jinping will cave under these circumstances and meet America’s trade demands?

Perhaps President Trump truly believed that China would fold under pressure when he boasted that trade wars are “good, and easy to win,” but it was obvious to most observers (including myself) that it was going to be a protracted fight. Anniversary or not, China won’t cave.

It’s good that at least the two sides are set to talk again, but I am not optimistic anything significant will result from the talks other than perhaps plans to keep talking. But if the two sides keep a line of communication open, that’s a good thing.

China has mostly played defense during the trade war, only retaliating when the U.S. announces a new tactic. If the U.S. doesn’t go too far, the global economy can absorb the impact of tariffs to date.

The Chinese harbor a sense of victimization because of their long history of exploitation at the hands of Western powers. Doesn’t that make it harder for the Chinese to compromise with America’s nationalistic president?

It’s not just President Trump. China, too, has become more nationalistic under President Xi. Both sides want to look strong. Neither side wants to lose face by giving in to the other side. When two alphas butt heads, it makes for a long fight.

China’s painful memories of domination and near annihilation at the hands of foreign powers in the past makes an authoritarian government an easier sell to the public. Through careful messaging, Beijing has stirred up strong nationalistic support within the “Great Firewall of China” for the trade war. It’s even successfully characterized the ongoing Hong Kong freedom protests as an isolated, anti-China, separatist movement manipulated behind the scenes by foreign agents hellbent on destroying China from within.

I don’t think China is going to make any major concessions. I believe if the U.S. wants a trade agreement, it will have to settle for some minor concessions and call it a victory.

One of the key areas of competition between the U.S. and China is the global roll-out of 5G, the next generation of wireless technology. The stakes are enormous. Which country has the lead and why?

China’s authoritarian government structure allows it to allocate capital and subsidize companies to fast track the development of technologies it wants, including 5G. According to a Deloitte report, China has built more than 350,000 new cell towers since 2015 (more than 10 times the number built in the U.S. over the same period) and it will be investing more than $400 billion in 5G over the next decade.

In the market-driven economy of the U.S., profits can get in the way of innovation. For example, tech heavyweights like Qualcomm and Intel are waging an expensive fight over patents. Additionally, according to the Pentagon, a big obstacle to the rollout of 5G in the U.S. is…itself.

The reason is that the U.S. military controls a big chunk of the spectrum that would be most efficient for 5G networks. The spectrum left for commercial use doesn’t support 5G as well. The resulting 5G signal is slower and it makes the networks more expensive to build.

During Beijing’s splashy celebrations this week to mark the October 1 anniversary, the Chinese military put new weapons on public display. What’s the nature of these weapons systems and should the West be concerned?

Almost half of the weaponry displayed during the parade were seen in public for the first time. Some fancy new weapons showcased during the parade include new combat drones and hypersonic missiles capable of striking aircraft carriers and military bases, and reaching the continental United States. It will be hard for the U.S. and its allies to intercept these missiles.

In overall firepower, China is still behind the U.S. but as the Pentagon has officially acknowledged, the gap is closing. In a hypothetical full-blown war, the U.S. would still have an edge. Besides the cutting-edge weapons that it has displayed, China also has a significant amount of dated military assets and its military is relatively untested in a real war. And if it came down to a doomsday, nuclear warfare scenario, the U.S. would win—but not without major casualties, too.

However, it’s looking more and more certain that China is capable of putting up a very tough fight and it has the ability to defend the waters off its coast. If China is able to successfully attack U.S. carriers and military bases with its hypersonic missiles, it would hinder the U.S. military’s ability to operate efficiently in the Asia-Pacific region, where a hypothetical U.S./China war would most likely occur.

Read This Story: Aerospace/Defense: A Parade of Profits

As far as whether the West should be concerned, yes. However, you can’t expect China to just sit on its hands and not build up its defenses. The U.S. spends way more than China on its military. So far at least, China hasn’t actually invaded anyone—it prefers to use soft power—though it’s hard to blame countries like Taiwan and Japan for getting nervous.

The prospect of an eventual war is another reason I hope that the trade war is resolved without too much lasting damage. When the U.S. and China are economically interdependent, it makes a war unlikely. But if the trade war escalates to a point where the economic relationship breaks down, it would make a real war more of a possibility.

The White House recently threatened to “de-list” Chinese companies that trade on U.S. stock exchanges. What would be the consequences for investors if Trump made good on this threat?

There are about 150 Chinese companies that trade on U.S. exchanges. A widespread delisting of this scale has not happened before so there’s no precedent for the potential fallout, but it would create market chaos. The price of the shares of these Chinese stocks will fall, at least initially. Since many U.S. institutions and individuals own shares in these companies, delisting them would actually hurt a lot of U.S. investors.

It’s unclear how effective a ban would be anyway. Unless President Trump is able to get U.S. allies to follow suit and ban Chinese stocks, Chinese companies could still raise capital through the stock exchanges in other countries like the U.K. or Japan. A move like this would set a bad precedent and shake confidence in the U.S. financial markets as a stalwart of stability.

And of course, China could retaliate. It could make life even more difficult for companies that operate in China. It could dump U.S. Treasuries or just stop buying them altogether. A massive delisting of Chinese stocks would push the trade war to a whole new level where the scars may run too deep to reach a timely resolution.

The saving grace is that the president and his advisors must know the huge potential downside to such a drastic move. The White House has in fact dismissed the reported delisting threat, but the U.S. could decide to enact stricter regulation over Chinese companies that list in the U.S.

Editor’s Note: In the above interview, my colleague Scott Chan shed light on crucial trends involving the global economic powerhouse of China. As Scott discussed, a key battlefield in the Sino-American rivalry is 5G, the fifth generation of wireless technology that will revolutionize our daily lives.

With 5G, trillions of dollars and the control of the future are at stake. We’ve put together a new report on investment opportunities in 5G. Click here for the full presentation.