No, the following news item doesn’t come from the satirical web site, The Onion. But I’m starting today’s article with this news from Missouri, because it shows just how relaxed social mores have become in regard to marijuana.

The Missouri House of Representatives last week voted on an amendment to require lawmakers to “consume a substantial dose of medicinal marijuana” prior to performing their legislative duties. The amendment, introduced by Rep. Andrew McDaniel (R), was designed to bring levity to lawmaker deliberations. It failed in a voice vote, but several “ayes” could be heard in the chamber. 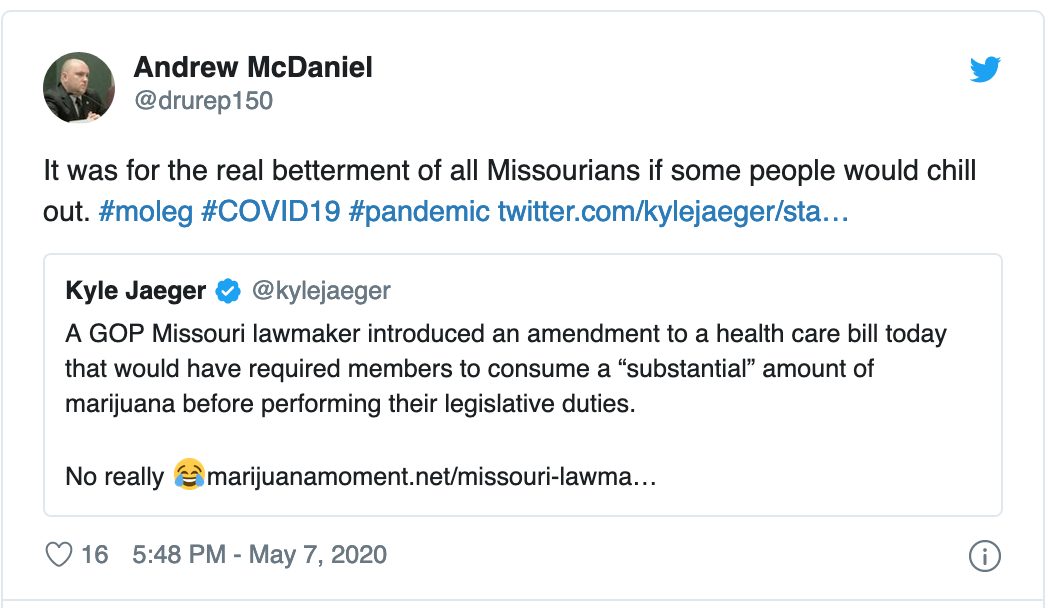 This legislative stunt (in a conservative “red state”) is further proof that marijuana is mainstream. Marijuana legalization keeps winning from coast-to-coast and it’s unstoppable.

Recreational marijuana remains illegal but decriminalized in Missouri. However, Missouri’s medical marijuana program, established by a voter-approved constitutional amendment in 2018, is on track to make medical marijuana available for patients by this summer.

To offset quarantine conditions during the coronavirus pandemic, Missouri regulators are allowing doctors to conduct medical marijuana assessments via telehealth. More than 40,000 Missourians already have registered as medical marijuana patients.

It’s my contention that it’s only a matter of time before marijuana is legalized on the federal level. Pot stocks have endured their ups and downs, but the greatest growth for “cannabusiness” still lays ahead.

The regulations pertain to the following areas:

Including Massachusetts, the USDA has approved 17 state plans to date. Hemp received a major tailwind with passage of the 2018 Farm Bill. Signed into law on December 20, 2018 by President Trump, the sweeping agricultural legislation essentially decriminalizes hemp.

A coalition of marijuana groups, including the National Cannabis Industry Association, Americans for Safe Access, Marijuana Policy Project, Minority Cannabis Business Association, and NORML, is asking Congress to include industry banking access in the next coronavirus relief bill.

The coalition’s letter to Congress states in part:

“As recent reports show that viruses can live on cash for up to 17 days, the public safety concerns of this cash-only system compound. The lack of access to financial institutions places industry workers, government employees, and the public at-large at risk as banknotes circulate from consumers and patients to businesses to government…

Unlike other essential industries with access to remote payment processing and the use of credit cards to make a transaction entirely contactless, an industry limited to cash transactions must do business in close proximity to the public, including immunocompromised and otherwise medically vulnerable patients.”

The U.S. House bill to make marijuana businesses eligible for coronavirus relief funds got eight new cosponsors over the past week for a total of 24.

Maine on Monday dropped its recreational cannabis residency requirement after a legal challenge. Lawmakers in Maine and several other states are increasingly lenient toward the marijuana industry, which isn’t surprising considering the degree to which state governments rely on marijuana taxes to fund operations (see chart). 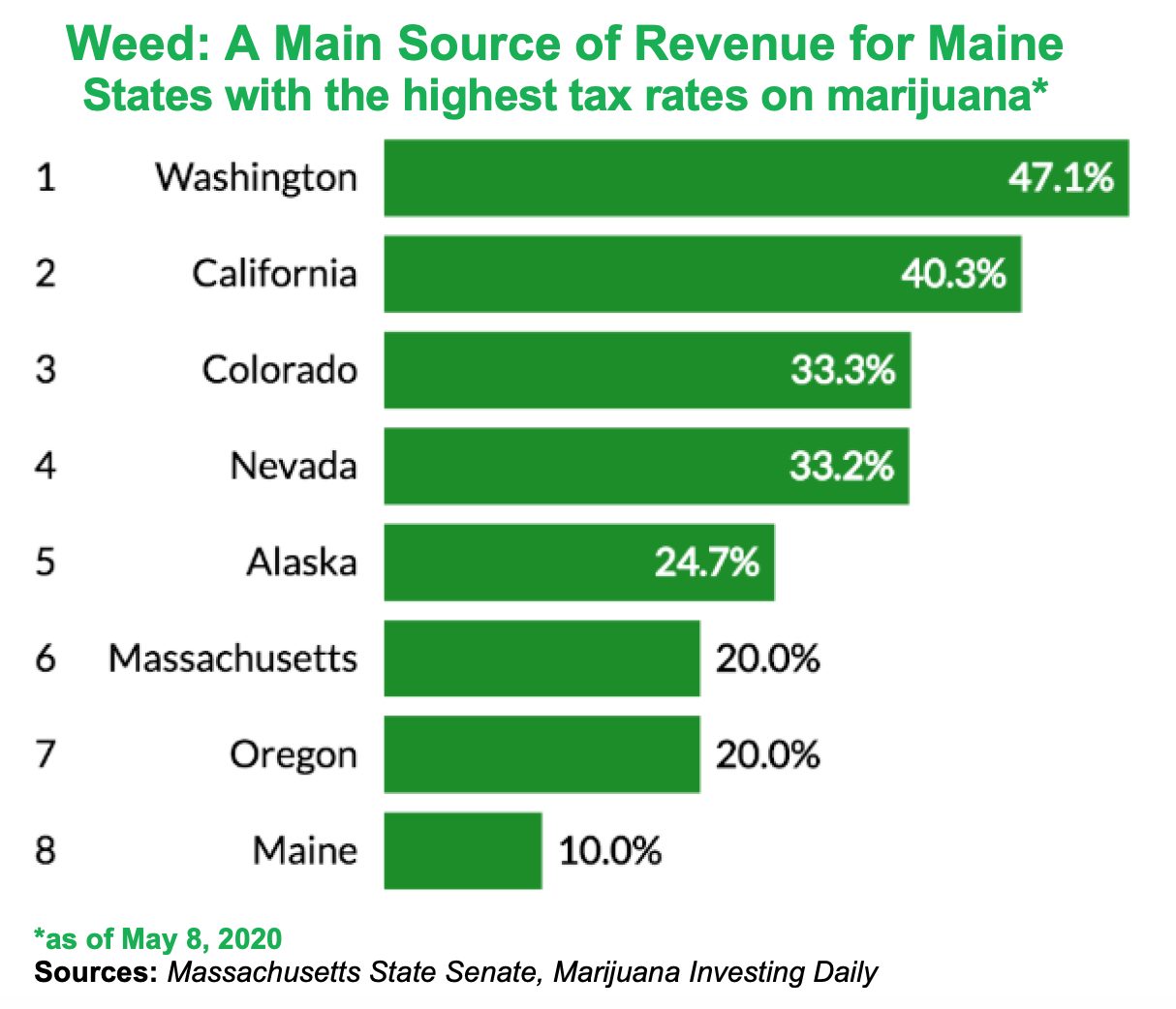 Maine regulators said they will stop enforcing adult-use marijuana residency requirements, in response to a suit filed in March by The Wellness Connection, the largest medical marijuana company in Maine. The company had sued the state, arguing that the residency requirement violated the U.S. Constitution by favoring residents over nonresidents.

Separately, Massachusetts regulators announced they will begin accepting applications on May 28 for the licensing of delivery-only marijuana establishments.

New York City’s ban on pre-employment marijuana testing for many workers took effect on Sunday. There are exceptions, however, and regulators say they won’t punish some companies that test for THC even while those rules are still being finalized.

The New York Assembly majority leader has asserted it is “very likely” marijuana will be legalized in 2020. Lawmakers in New York failed to legalize marijuana in 2019. However, Gov. Andrew Cuomo (D) stated last month that marijuana legalization is a priority for his administration and he vows to push hard to decriminalize recreational pot in the Empire State.

Ohio activists said they are still considering ways to collect signatures to qualify a proposed marijuana legalization measure for the ballot this year.

Separate Oregon campaigns to legalize psilocybin mushroom therapy and decriminalize possession of all drugs are currently joining forces. They’re asking their respective supporters to sign the other’s petition to qualify for the November ballot.

Vermont’s House speaker said the chamber will take up the matter of finalizing legislation to legalize marijuana sales before the end of 2020. The speaker insisted that the coronavirus pandemic would not impede the effort. A conference committee to reconcile versions passed by the Senate and House has been appointed.