The term “pot deal” has taken on a whole new meaning, since Badfinger sang those lyrics to the 1970 song Come and Get It.

When I was a teenager and rock bands like Badfinger dominated AM radio, pot deals implied long-haired kids in t-shirts, working out of Detroit muscle cars in seedy parking lots. Nowadays, a pot deal often refers to a multi-million-dollar financial transaction, conducted by well-coiffed business school graduates in bespoke suits, working out of teak-lined boardrooms.

As my father used to say: “Son, if you live long enough, you’ll experience everything.”

Make your mind up fast…

For marijuana companies, stellar quarterly operating results and the run-up in equity prices have generated huge piles of cash. Management is putting that money to work, by launching ambitious financial deals.

Acquisition targets tend to be smaller companies trading at bargain valuations, allowing the acquiring companies to quickly gain new products, technologies and customers. Why fight for market share when a competitor can be picked up on the cheap?

Fiscal stimulus and the Federal Reserve’s ultra-low interest rate policies also are fueling the deal-making boom. In the second quarter of 2021, the deals have included a more diverse range of marijuana niches than usual, such as pick-and-shovel plays that previously had gotten short shrift. Investors are craving novel places to put their money and marijuana’s ancillary players fit the bill.

A new report from marijuana research firm New Frontier Data, released on July 12, shows that deal-making is reaching a fever pitch in the cannabis industry. 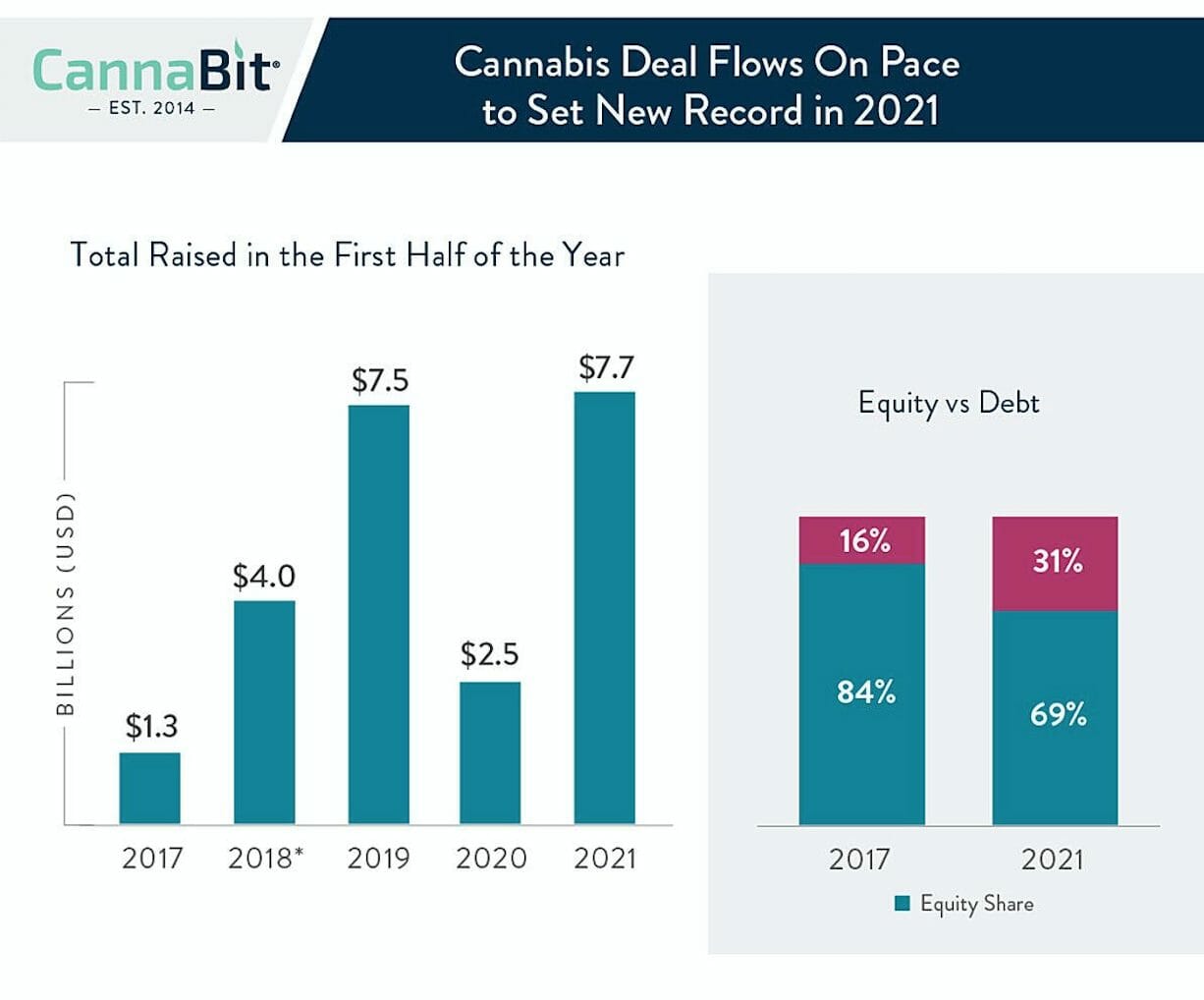 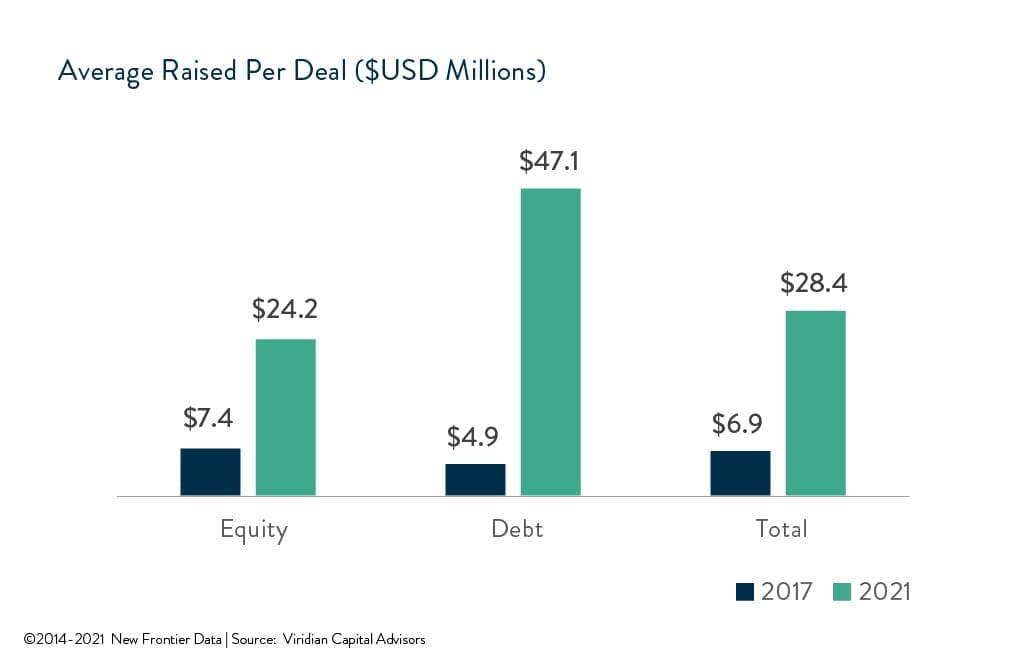 New Frontier Data expects deal flow to continue increasing in the second half of 2021, as marijuana equity prices maintain their ascent and venture capitalists jostle for competitive advantage. Mergers and acquisitions (M&As) are fostering greater efficiencies in the marijuana industry, which historically has been plagued by operational redundancies.

In the pandemic era, corporate consolidation is the name of the game. Even the hint of a big merger can hand investors enormous returns. We’re seeing global giants in the food, beverage and cosmetics industries gobble up marijuana companies, to incorporate their branded pot offerings with mainstream products.

New Frontier found that infused products such as edibles and beverages accounted for 14% of total U.S. cannabis sales last year, the third largest category behind flower (37%) and vape (32%).

The bull case for the marijuana industry remains strong. Legalization of both medicinal and recreational marijuana continues apace; it’s highly unlikely that politicians are willing or able to stop the trend. Besides, federal and state governments in the U.S. and abroad are getting addicted to the tax revenues generated by marijuana. Few policymakers would be willing to stop the gravy train.

The mega-cap consumer goods companies are fully aware of these realities; hence the surge in deal-making. The consumer “big boys” get instant marijuana cachet; the smaller, acquired pot companies get access to well-established retail and supply chains. At the same time, large multi-state marijuana growers are making land grabs, pushing up the prices of available farmland. It’s the green rush, 2.0.

Fact is, when a marijuana deal happens, many investors don’t fully grasp its significance. And that’s where our investment team comes in. Our seasoned analysts are keeping a close eye on new, under-appreciated opportunities in the thriving marijuana sector.

We’ve pinpointed cannabis plays that could get swept up in the next wave of mega-deals. If you’re looking for a future cannabis windfall, click here for details.