Our Fitbit Stock Prediction In 2019 (Buy or Sell?)

Yep, the company’s gadgets have been all the rage. However, does the stock deserve all the hype and rate a buy? Or, just like the Sony (NYSE: SNE) Walkman of the 1980s, will Fitbit’s gadgets eventually end up as garage sale items?

Let’s examine this flashy stock and see if it warrants a buy or a sell. 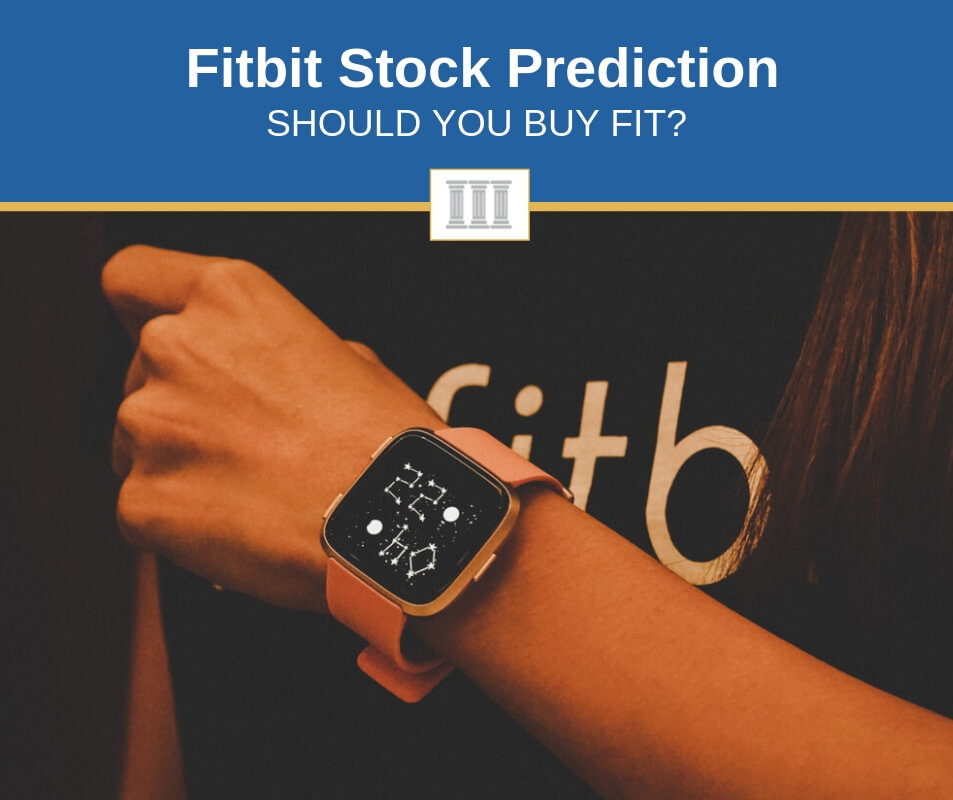 In addition to activity trackers, Fitbit offers a website and mobile app for iOS, Android and Windows 10 Mobile. Founded in 2007, the company’s market cap currently hovers at $1.5 billion.

Over the years, Fitbit has acquired a slew of companies that have developed wellness platforms, fitness apps, wearable technologies, smartwatches, and other products that dovetail with Fitbit’s core business.

Fitbit’s Initial Public Offering (IPO) in June 2015 was the third biggest of that year, exceeding expectations and raising more than $732 million from 36.6 million shares at $20. The hullabaloo in the financial press propelled the stock to a peak of about $52 in August 2015 for a gain of 74%.

The following video puts the Fitbit IPO into context and shows the media buzz at the time over the event:

How Has Fitbit Stock Performed?

The initial ardor over Fitbit stock has long since cooled. For a story stock that has gotten so much positive attention, the share price performance has been dismal.

Who Are Fitbit’s Rivals? 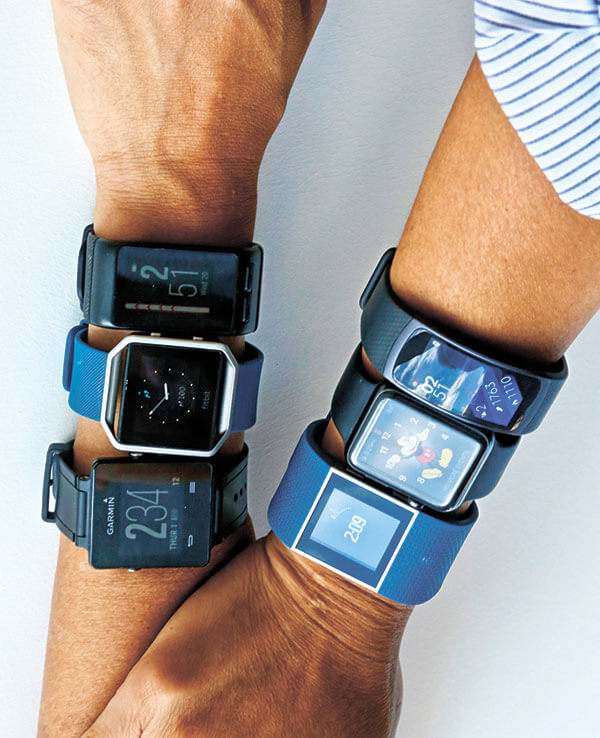 According to a report by Market Research Future, the global fitness tracker market is expected to achieve annual sales of about $15.9 billion by the end of 2023, racking up a 13% compound annual growth rate during the forecast period 2017-2023.

The feature Activity Sharing allows sharing of workouts with friends, including sending heartbeats to each another. Another app called Breathe guides users through breathing exercises, with visuals and haptic (touch-based) feedback.

Samsung’s Gear Fit2 Pro offers embedded GPS and allows users to listen to music without a smartphone nearby, with the Spotify app built right in. The Samsung Gear Fit2 Pro is compatible with both Android and iOS.

Kansas-based Garmin has been making avionics and GPS products for nearly three decades. The company is a trusted brand name in aviation and it’s going head-to-head with Fitbit, Apple and Samsung in the fitness tracker market.

Garmin offers the vivosport, which features built-in GPS for monitoring route, distance and speed, with an embedded heart rate monitor. The heart rate monitor estimates “VO2 max,” which is a measurement of the rate at which the body brings in oxygen.

Fitbit’s core smartwatches enjoy respectably strong demand. But management is shrewd enough to know that the consumer hardware business is ferociously competitive, so it’s trying to diversify into a premium subscription model that would provide steady cash flow.

Wristwatches are Fitbit’s core product and as the chart shows, wristwatches dominate the wearable fitness market: 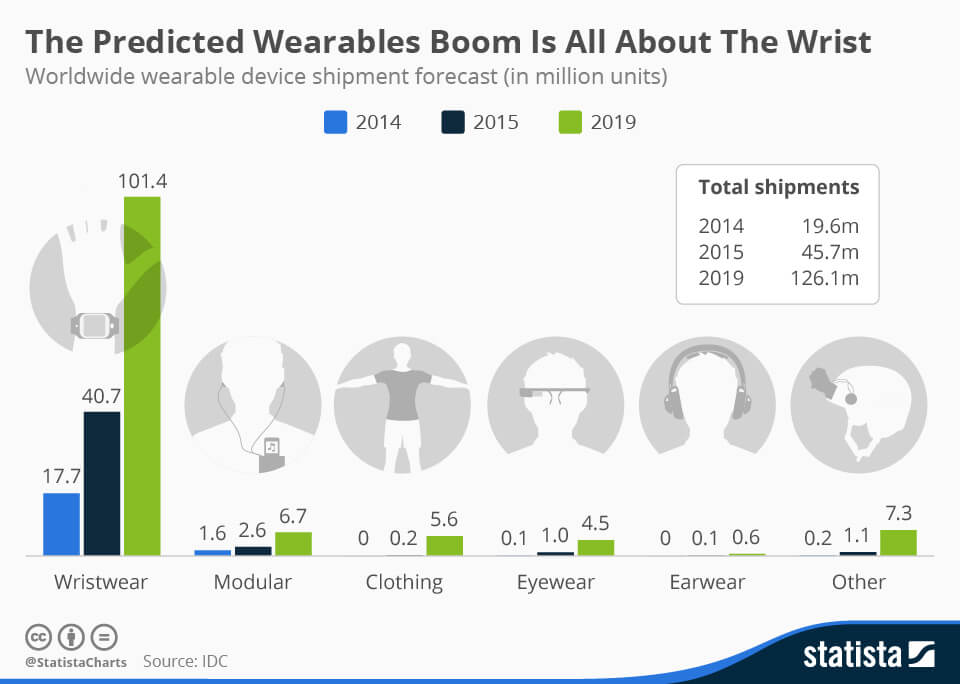 Fitbit’s engineers continue to demonstrate innovation, as the company releases sleek new products that capture the consumer imagination. And with a 12-month trailing price-to-earnings (P/E) ratio of -35.06, the stock is dirt cheap.

The barriers to entry in Fitbit’s market are low and the company faces rising competition from other fitness-device markers with considerably greater marketing clout. In particular, the Apple Watch now offers several fitness-related features and apps, making the wearable device a potential “Fitbit killer.”

Meanwhile. FitBit’s expenditures have soared, as it boosts research and development and marketing in an attempt to keep its huge, cash-rich competitors like Apple at bay. Fitbit was among the first to take advantage of the wearable device trend, but it will soon pay the price of being an early entrant into the field.

Regrettably for Fitbit investors, the wearable device niche is getting crowded and the craze for the company’s brand is losing its luster.

Fitbit is making little progress with its diversification strategies, with revenue from subscription-based services accounting for less than 1% of revenue. At the same time, the fitness wearable market continues to get flooded with new products that threaten to undermine Fitbit’s sales.

Overall Fitbit Forecast And Prediction For 2019 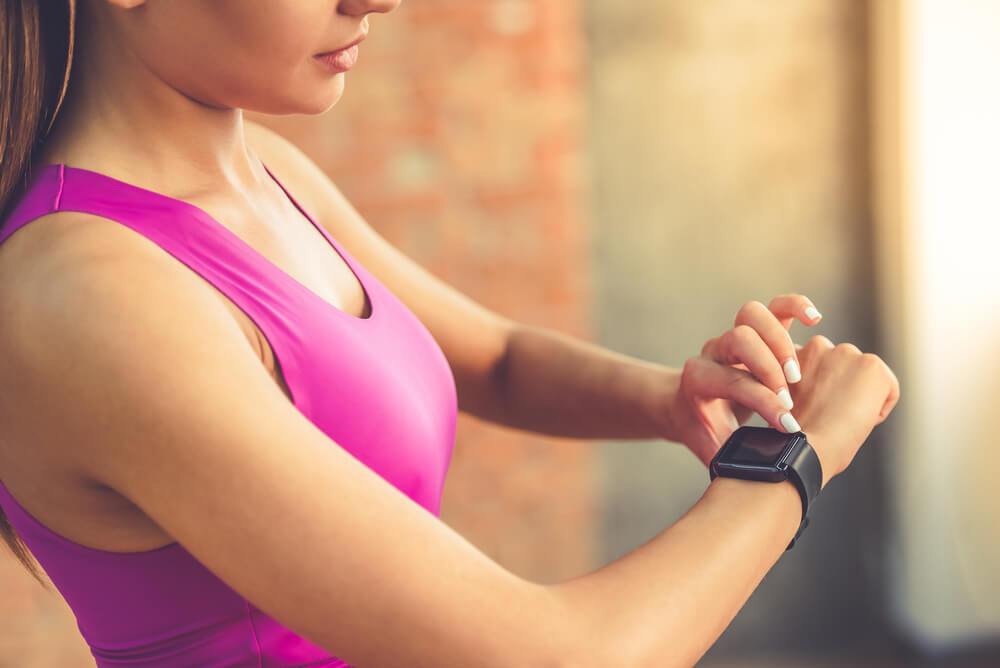 The company’s negative P/E ratio means the company is losing money. Although losses are narrowing, the company’s projected earnings per share (EPS) performance is hardly inspiring and remains in the red.

As competition from tech giants heats up, Fitbit stock is no longer a Wall Street darling. Our contention is that Fitbit shares face scant prospects of resurrection. Ignore the analysts who argue that Fitbit is a great value play.

Small, high-flying technology companies with trendy products have a nasty habit of crashing to earth. This sad dynamic is now unfolding for Fitbit.

Fitbit is currently a risky play for investors. Be wary of this out-of-shape stock.